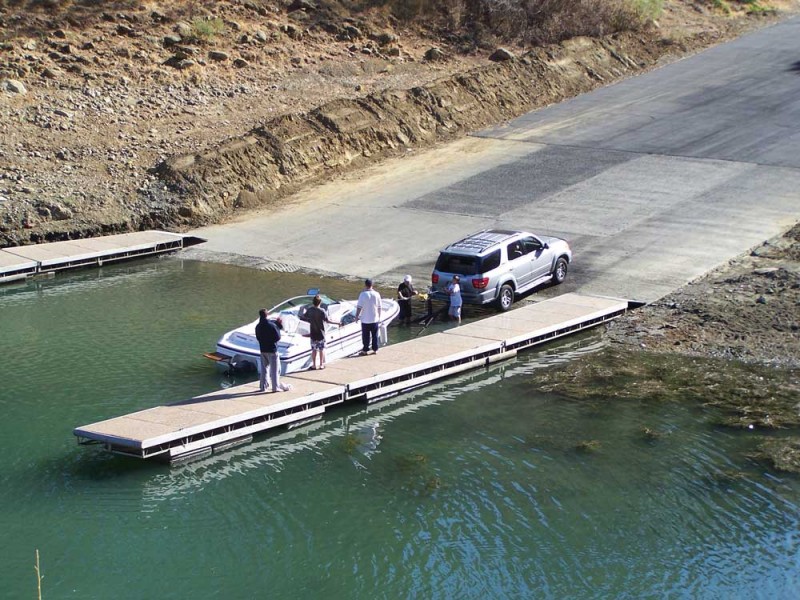 A launch ramp at Lake Berryessa, the largest lake in Napa County.

Last week, the national boaters’ advocate, Boat Owners Association of The United States (BoatUS), and the state boaters’ watchdog group, Recreational Boaters of California (RBOC), reached out to Golden State boat owners to advise them of pending legislation, SB 436, that would have siphoned funds from the Harbor and Watercraft Revolving Fund for non-boating purposes. Monies for the fund come from boat registration fees, boat fuel taxes and other funds paid by recreational boaters – not taxpayers – and help pay for boating safety and invasive species prevention programs, docks, boat ramps and vessel sewage pumpouts throughout the state.

California Senate Bill 436 was passed Friday, September 13 by the state legislature. However, the section of the bill that would have opened up the Fund to non-boating purposes was dropped at the last minute as a result of boaters speaking up against the move. BoatUS acknowledged its government affairs email alert campaign drove several thousand comments to Senate and Assembly legislators.

However, California boaters are not out of the woods. BoatUS advises it will need to continue to work with RBOC to be engaged in the Capitol as portions of the bill still potentially allow a grant or loan of $1,000,000 from the Harbor and Watercraft Revolving Fund to pay for emergency measures to prevent flood damage and erosion to streets and property along Hueneme Beach.

“Taking these funds to support non-boating programs would set a dangerous precedent,” said BoatUS President Margaret Podlich. “We will continue to be engaged on this issue to protect the integrity and effectiveness of the Harbor and Watercraft Revolving Fund. Many of these state dollars are matched by federal funds, which make these dedicated boater taxes that much more valuable to all waterway users.”