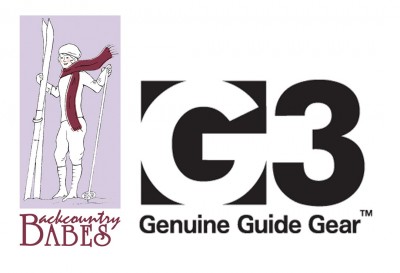 For six years running, G3 has offered its annual SkiGraphiks Contest, encourages skiers to submit their original artwork, the best of which ends up gracing the topsheets of a custom ski. This fall, there’s a twist.

Renamed SheGraphiks for Fall 2013, the contest will focus on encouraging both male and female skiers to submit their designs, one of which will be used on a custom version of the new women’s specific Empress 115. The contest is being done in partnership with, Backcountry Babes, an organization founded to empower women through outdoor recreation.

Between September 3 and September 30, 2013, contestants are invited to submit custom top sheet designs for the award-winning G3 Empress 115 giving them a chance to take home a custom pair that sports their winning top sheet design. Winners will also be awarded with a pair of G3 Alpinist Elle skins, a G3 SpadeTECH Elle Shovel, a G3 SpeedTECH Elle Probe, and $250 towards a Backcountry Babes adventure or clinic.

“The Empress 115, is G3’s award winning, big mountain-oriented women’s specific ski – the perfect model for the female skier that joins Backcountry Babes on their adventures,” said Gord Bailey, VP of Sales and Marketing at G3. “We appreciate the access to skiing and avalanche safety information that Backcountry Babes provides to female skiers and it’s fun to be doing this SheGraphiks promotion with Jenna and her crew. It makes total sense this season to put the focus on women skiers with SkiGraphiks. We are looking forward to seeing all of the cool graphics that the designers submit.”

All participants are invited to submit multiple designs during the September 3–30th contest. All designs should include the G3 logo, as well as the words “Backcountry Babes” in any font, color or style. The topsheet design template will be available on the SheGraphiks website. At the end of the contest, a panel of judges from both G3 and Backcountry Babes will pick a Grand Prize winner. There will also be a People’s Choice winner, which will be crowned by reviewing Facebook Likes, votes, quality and quantity of comments, shares, and overall impressions.

For details on how to enter the SheGraphiks contest, visit www.SkiGraphiks.com.