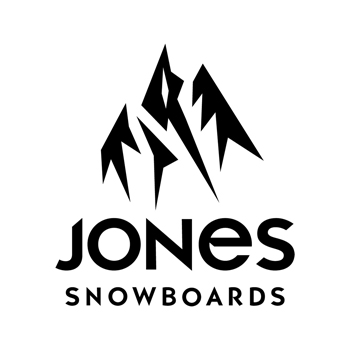 Responding to incredible growth and demand for their products in 2013, Jones Snowboards, a leader of high performance freeride and backcountry snowboarding equipment, announced today new additions to its global marketing and sales teams in the United States and Switzerland.

Jones Snowboards has appointed Xavier Nidecker to the role of Global Brand Manger where he will work closely withJeremy Jones on product development, creative and global marketing initiatives.  Based in Lausanne, Switzerland, Xavier began his career with Nidecker in 2008 and has been instrumental in developing Nidecker’s new rider-driven brand strategy for the launches of YES., Jones, NOW, Slash, and Laird StandUp.

“Over the past year, I have worked with Jeremy and Jones team riders to help bring the world’s best freeride boards and packs to market,” says Nidecker.  “I’m excited to put more of my efforts towards Jones Snowboards as Global Brand Manager and help take the company to the next level. Even though my role has changed within Nidecker, I will continue to consult on Nidecker’s global strategy and will be deeply involved with Nidecker, YES., NOW, Slash and Laird StandUp.”

Jones Snowboards has also added Seth Lightcap as Global Marketing and Team Manager.  Lightcap will be based alongside Jeremy Jones in Truckee, California.  A lifelong backcountry snowboarder, Seth has been a Jones media andproduct consultant since the company’s launch as the editor of the website and product catalog.  Lightcap has also spent the last three years as photo editor for Kronicle Magazine.  Prior to his role at Kronicle, he was a quality control manager at Santa Cruz Bicycles.

“Working with Jeremy and Jones Snowboards has been awesome, and I’m honored to take a full-time role in the company,” say Lightcap. “I’m thrilled to help push the boundaries of such an iconic brand and share my passion for backcountry snowboarding through Jones products.”

“We are stoked to have both Xavier and Seth enter into marketing and global brand strategy roles within the company,” says Jones Snowboards founder Jeremy Jones.  “These are exciting times at Jones and we have every intention to continue our steady growth as a leader of performance-driven design and technology in the snowboard industry.”

Jones would like to send out a special thanks to Chad Perrin for his years of hard work and dedication. Chad was instrumental in the foundation of the brand and we consider him a part of the Jones legacy. We wish him all the best in his new endeavors.

Jones Snowboards Sales Director, Maxx vonMarbod announced an expansion of the sales rep force, adding, “We are psyched to have recently added Mike Tallone who will be covering Vermont, New Hampshire, Maine, Massachusetts, Connecticut and Rhode Island. I have known and worked with Mike for many years and I’m very excited about where his agency will be driving sales in the New England region.”

Mike Erwin has been hired to cover the Jones Rocky Mountain sales territories of Colorado, Utah, Wyoming, New Mexico, Texas and Kansas. “We lost a very close friend and Jones ambassador when Joe Timlin passed away earlier this year,” states von Marbod.  “Continuing the great work and Jones community Joe built in the Rocky Mountains is very important to us. We knowMike will pick up right where Joe left off and are thrilled to have him on board repping the brand in the Rockies.”