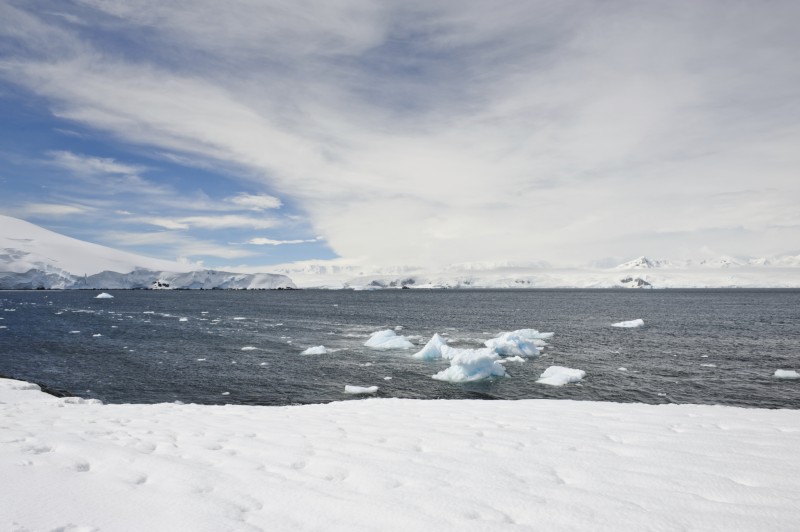 Scenery on the way to the South Pole.

Captain Ibrar Ali, who lost his arm while serving in Iraq with the British Armed Forces, is training for the Walking With The Wounded South Pole Allied Challenge 2013 that will depart this November.

This expedition is one of the many organized by Walking With The Wounded and will include teams from the U.K., the U.S., the Commonwealth, as well as a support team. Ali lives near the village of Eggborough in the Selby district of North Yorkshire, England. Ali, along with five others from the U.K., has been training in Iceland in preparation for the challenging trek.

The soldier, 36, was in command of a three-vehicle patrol in 2007 when a roadside bomb killed his vehicle’s driver and injured two others, with Ali losing his right hand and sustaining injuries to his left hand and right leg.

Ali, who served with the the Yorkshire Regiment, was awarded the Military Cross.

He said in training the most difficult part is learning new skills.

“It’s a whole new ballgame for us even with a military background. Learning to ski one-handed was a challenge,” he told The Press in July. “Dealing with conditions in -40C and putting up a tent in winds of 20 miles per hour was difficult to learn too.

“Training is going really well, we’re all feeling quite fit and strong. It’s good to see each other again, as we don’t always appear at fundraising events as a team.”

The team will be joined on the challenge by Prince Harry, and Ali said the royal worked well with the group, The Press reported.

“Prince Harry has tried to fit in with us where he can and we’re reassured he’s doing a huge amount of his own training and he’s got experience from the North Pole, so he’s no stranger to the conditions,” Ali said. “To be honest, he’s a really nice guy, down to earth.”

To learn more about the journey or donate to the cause, visit the organization’s website.