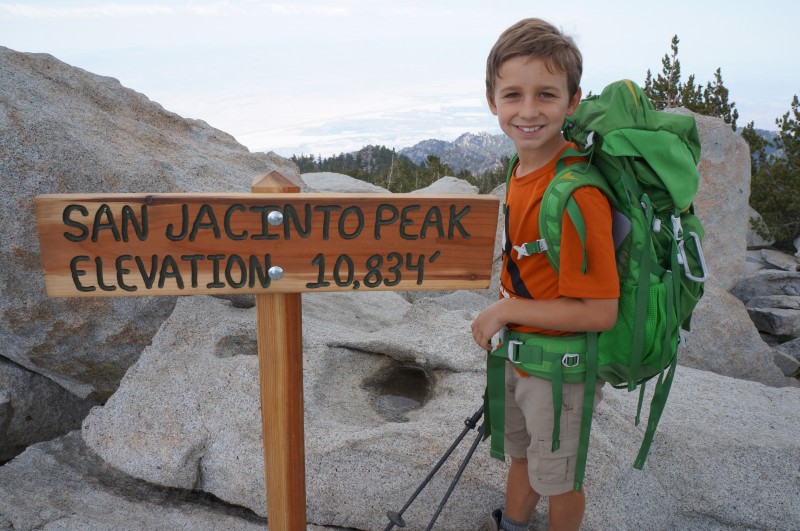 Tyler Amstrong is not your average nine-year-old. Since the age of seven he has been conquering mountain climbs most people only dream of. His first major climb was to the top of Mount Whitney, making him the youngest climber to hike to the top of the California mountain in a single day. This year, he will attempt to climb Mount Aconcagua, the highest peak in Argentina at 22,837 feet. As if that was not inspirational enough, Tyler’s climbs are not just for his love of the sport, but also for a greater cause.

After climbing to the top of Mount Whitney, Tyler began a partnership with the CureDuchenne Foundation. The Foundation seeks to raise awareness about a deadly progressive muscle disease that affects one in every 3,500 males. Currently those diagnosed with Duchenne muscular dystrophy are wheelchair-bound by 12, and rarely live past their mid-20s.

“When he first met the boys, Tyler asked me what was wrong with them, and if there was any way they would get better,” Tyler’s dad Kevin remembers. When Kevin explained to his son that currently there was no cure or treatment option, Tyler was determined to help. “I think he thought about his brother who was four at the time,” Kevin mused, ”What if he got Duchenne?”

Since then, Tyler has become more dedicated to climbing, training year-round and climbing higher each time. Last year, Tyler and Kevin, along with Paul Miller, the founder of CureDuchenne, climbed Mount Kilimanjaro, the highest free-standing mountain in the world, towering 19,341 feet above sea level.

“At first, the hardest part of the climbs was finding equipment,” Kevin remembers. “He was so small that we had a hard time find stuff that would fit him. But now that he’s older and can fit into the gear, the real challenge is continuing to climb at high altitudes. He’s had to learn to push himself to the limit, even when his body is yelling at him to stop.” It is that determination that is most inspiring for children affected with CureDuchenne. With every climb, Tyler shows them that they can conquer the limits of their bodies.

And Tyler has no intention of slowing down. “He has already started asking me what we are going to climb next, after Mount Aconcagua” his dad says. “Every time we do a climb, he always wants more, wants to climb higher.”

Tyler is also beginning to expand his pursuits to touch on all forms of muscular dystrophy through other types of athletic events. He ran his first 5K this year, and plans to run another this fall. His father believes that Tyler will continue to do whatever he can to help others. “He has a big heart,” Kevin says “I don’t think he is going to stop climbing or trying to do good anytime soon.”

This Saturday, Tyler calls us all to get involved in climbing and CureDuchenne by participating in the fifth annual Climb to CureDuchenne event.

To learn more about Tyler’s journey, or to join in the cause, visit www.topwithtyler.com.