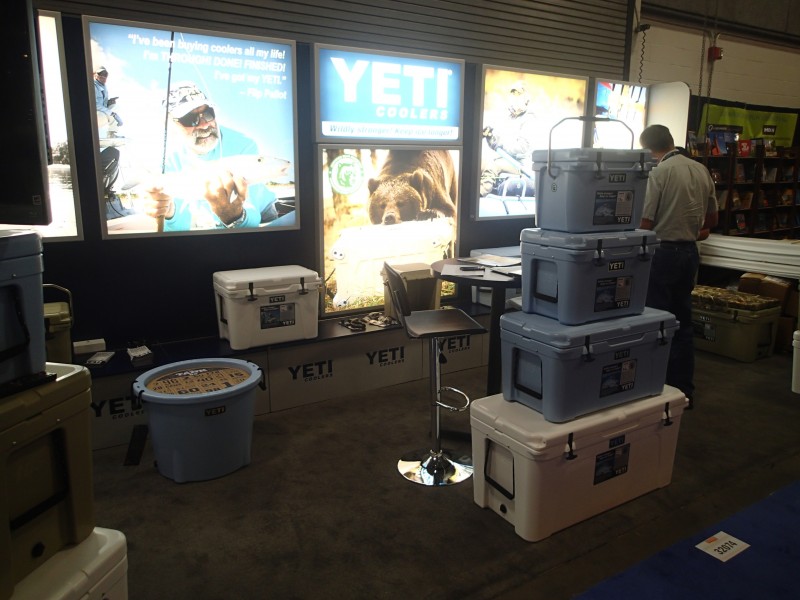 YETI, known for making high-end coolers for fishermen, has created the YETI Tank that is perfect for backyard BBQs.

“YETI was started back in 2006 by these two brothers, Roy and Ryan Seidars, and they came from the fishing industry,” said Carl Johnson from Backbone Media. “They were doing high-end fishing products–one was working on boats, one was working on rods–and they kind of decided the one thing on their fishing boat that wasn’t up to standard was the coolers.”

In addition to the handles and latches breaking off most coolers, the brothers discovered they were also poorly insulated.

“They were fed up with it, so they designed this cooler that was the high-end, premium, super-durable cooler made to last,” Johnson said.

Now that YETI Coolers has expanded, it features three different lines. The models include the Tundra Cooler, the Roadie Cooler, and now just announced this year is the YETI Tank. The tank is geared toward those who want to dominate a backyard BBQ or their next family gathering.

According to the website, “Made with YETI’s signature Permafrost Insulation and No Sweat Design, this 20.8 gallon, party-ready beverage tub keeps ice retention at the center of attention.”

The tank features two inches of insulation, and it’s roto-molded so there are no seams that can break or crack. Johnson described how this technology is very similar to how white water kayaks are created.

For more information on YETI Coolers, visit the website.