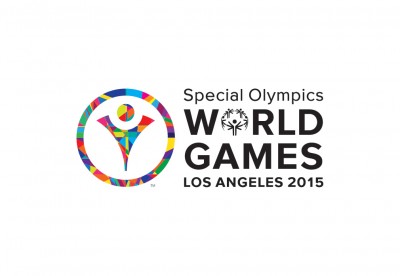 “When 7,000 Special Olympics athletes from 170 countries march into the Coliseum in two years, the spotlight will not only be on Los Angeles – a city that stands for diversity and inclusion – but will shine brightly on the mission of Special Olympics in highlighting the talents of those with intellectual disabilities,” Mayor Garcetti said. “Along with my support and that of the City of Los Angeles, I am proud and honored to acknowledge the commitment of the President and First Lady to this great event. I am also excited that this unique event will be a major contributor to our city’s economy, generating more than $400 million in economic impact.”

In a video statement, President Obama said: “Michelle and I are so honored to serve as Co-chairs of this inspiring event. Special Olympics has a tradition that started more than 50 years ago…at Eunice Kennedy Shriver’s house. Today, that simple day camp has grown into one of the biggest sporting competitions in the world for people with intellectual disabilities. The athletes coming to these Games represent the grit and determination that’s at the very root of the American spirit.”

The Mayor noted that the Games – to be held July 25 – August 2, 2015, and featuring 25 Olympic-style events in venues throughout the Los Angeles region – will be the biggest event in Los Angeles since the 1984 Olympic Games, and the largest sports-and-humanitarian event anywhere in the world in 2015.

Governor Brown also sent a statement of support of the Games, saying, “It’s fitting that athletes from around the world will be going for the gold here in the Golden State and we’re proud to host the 2015 Special Olympics World Games.”

“Having such prominent supporters as the President and First Lady, Governor Brown and Mayor Garcetti, is a testament to the powerful mission and message of Special Olympics and how the World Games in 2015 will celebrate that mission,” said Patrick McClenahan, President and Chief Executive Officer of LA2015, the Games Organizing Committee.

To view the video of President Barack Obama announcing his and the First Lady’s support for the 2015 Special Olympics World Games, go to: http://bit.ly/13jINUZ