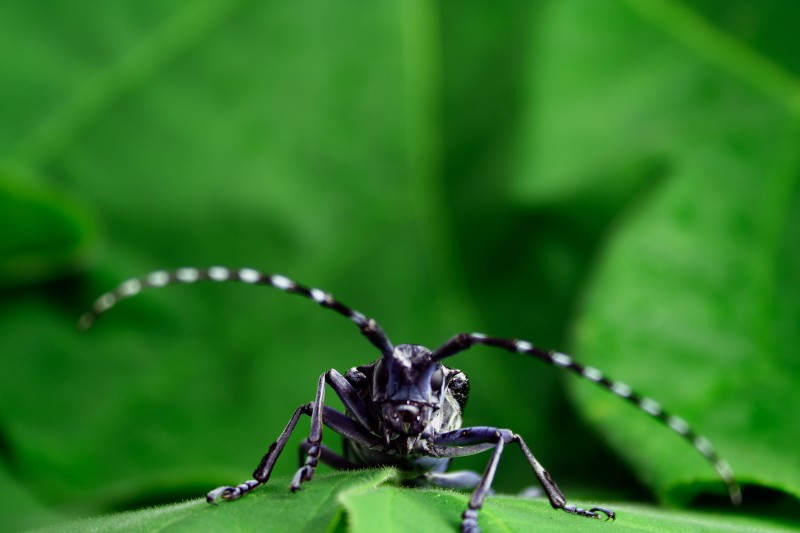 The Asian long-horned beetle has been fully eradicated in New Jersey and Illinois and there are current eradication efforts in New York, Ohio, and Massachusetts.

August, previously dubbed by the United States Department of Agriculture (USDA) Asian Longhorned Beetle Awareness Month, has now been renamed Tree Check Month in an effort to get citizens out examining their trees to help eradicate the pest. With this title that will hopefully help people feel more engaged in the process, the USDA has also made it simple to identify and report the beetle on its website.

Rhonda Santos, spokesperson for the USDA Animal and Plant Health Inspection Service, said August is the time of year that the adult beetle is most likely to be seen. States currently fighting the Asian long-horned beetle (ALB) are Massachusetts, New York, and Ohio. New Jersey and Illinois are two states that were successful in eradication programs. There are 13 types of trees the ALB attacks.

“The populations in August are big enough that folks might actually see them. We want people to report it and be aware of the damage they can actually cause,” Santos said. “Potentially, we’re talking about 70 or so percent of a given forest or area of trees.”

Central Massachusetts has suffered from the largest infestation so far with more than 30,000 trees taken over by the beetles.

The actual signs of an ALB are somewhat harder to distinguish. Santos said the egg sites can be difficult to spot, as trees have many different marks that simply come with age. The egg site will be about the size of a quarter, with the actual egg similar in size to a grain of rice. In about two weeks, that egg turns into larvae, which grows over the winter inside the tree before it turns into an adult and emerges in the spring or summer. Another sign is tunneling, but this is only visible when the wood is cut. The exit hole is truly the best indicator, described as looking similar to a bullet hole or woodpecker damage. They are a little smaller than a dime and go straight through the wood, rather than following a weaving path. Santos said a good test is to see if you can put a pencil in the hole, and if it fits, that’s a good sign the tree has an ALB problem. Also look for a sawdust material that shows where the beetle has been feeding.

The beetle itself is shiny, black, about an inch-and-a-half long, and has six legs. She said they are often confused with other insects such as the pine sawyer beetle. The website allows for photos to be uploaded and an exact location of reference for where it was found.

“We’d much rather have people call, even if they’re not sure,” she said. “Right now, it’s really these folks that are avid concerned individuals who report it.”

Image from Kyletramirez on the Wikimedia Commons