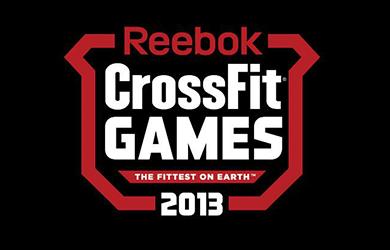 CrossFit, Inc. and ESPN announced today that ESPN2 will present the first-ever live telecast of the CrossFit Games Finals from the StubHub Center in Carson, Calif., July 28 at 7 p.m. ET. The finals will also be available via WatchESPN.

In addition, ESPN3 — in its third consecutive year of CrossFit Games coverage — will present at least 30 hours of live action Friday, July 26 – Sunday, July 28. Each day, ESPN3 will have at least nine hours of the key challenges, along with analysis, highlights and athlete interviews. For fans outside the U.S., ESPN International will be delivering the events through its online players by region and on the CrossFit Games website, located at http://games.crossfit.com/, which will also include extended coverage, features and information.

“Showcasing the 2013 Reebok CrossFit Games across ESPN platforms is a great way to serve CrossFit’s loyal and growing fanbase,” said Todd Myers, ESPN director, programming & acquisitions. “We’ve seen CrossFit Games athletes continue to push the limits of athletic performance through this thriving sport and are proud to provide the channel through which fans will be able to access live action.”

Steve Weiss, Corporate Development for CrossFit, Inc., said, “We’re looking forward to the first live telecast of the CrossFit Games Finals on top of our extensive daily web coverage to showcase the event as the ultimate proving grounds for the fittest athletes on Earth. We are excited to have a partner like ESPN to cover the 2013 Reebok CrossFit Games.”

The CrossFit Games are an annual fitness competition where male and female athletes compete to be named the Fittest on Earth. CrossFit Games competitors generally do not know the nature, duration, number, frequency or timing of the workouts they will be required to complete during the competition until shortly before each event begins. The constantly varied workouts are designed to test a competitor’s general physical preparedness, including strength, speed, agility and endurance, through a combination of Olympic lifts, gymnastics movements, climbing ropes, powerlifting, running and more.

The CrossFit Games are the final stage of a season-long competition that started with nearly 140,000 competitors and designed to determine the world’s fittest male and female athletes through a wide variety of athletic challenges. The finalists previously had to advance through online quarterfinal and regional semi-final competitions to earn the right to compete at the Games. This year marks the seventh annual CrossFit Games and the third year in which Reebok is the title sponsor. Learn more about the CrossFit Games and CrossFit, Inc.