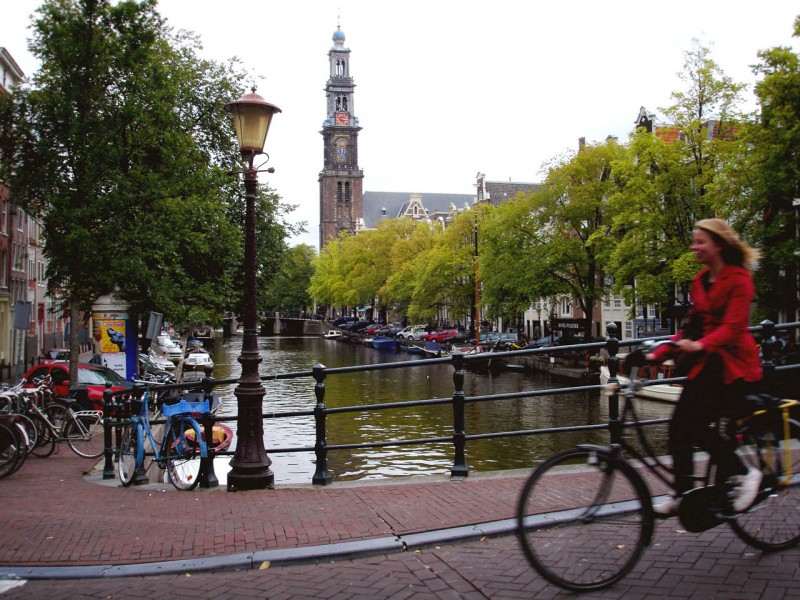 A woman without a helmet rides a bicycle through a city. The creators of Paper Pulp Helmets sought to create an affordable helmet that was widely available and made of recycled materials to encourage wider use of the safety devices.

Paper Pulp Helmets were created by a group of students from London’s Royal College of Art who were unsatisfied with the lack of helmets available through Barclays Cycle Hire–a bicycle renting company. Barclays allows people to pay a fee with their debit or credit card, rent a bike, and return it to any of the docking stations when they are finished riding. While this service makes transportation much easier, there was still a major problem with the number of helmets available.

“Cycle share providers have a responsibility to also provide helmets,” Thomas Gottelier, one of the designers, told Wired U.K. “They preach helmet safety, but they don’t have provision for it.”

While the designers were looking for a material to build their products from, they settled on the vast number of discarded newspapers such as the Evening Standard and the Metro to be used as their building blocks. The students, Gottelier, Bobby Petersen, and Edward Thomas, developed helmets that are about two to three millimeters thick, which were created wholly from recycled papers.

He said the helmets were not created to replace those already on the market and were created for short-term use.

According to the website, “Newspapers are collected and blended with water to create a pulp. No bleaching or adhesive is added although an organic and food-safe additive is also combined that ensures the helmets’ water resistance for up to six hours of rain. Natural pigments to communicate helmet size is also added.”

The strap for the helmet, which is made of woven paper string, is the most expensive part of the whole process. While there is no set price for the product since it has not made its way onto the market yet, the designers assured it would be inexpensive.

If it is damaged by too much water, it can be re-pulped into a new helmet “without any degradation of the material.”

“It’s for spontaneous cycle users and not your everyday cyclists,” he told Wired. “We’re absolutely not saying that it’s better than other helmets.”

Time reported that in 2009, the year prior to the “Boris Bikes” sharing program that began in London, there were 2,710 cyclists injured or killed on London streets. In 2011, that number grew to 3,192. These statistics were detailed in the government’s accident analysis report.

The helmet has already undergone tests at the Imperial College London and the Royal College of Art. The three designers have all said Barclays is interested in investing in the product, but discussions are still in the works. The designers all said the helmets could be on the market by spring 2014. Barclays declined to comment about having an interest in the invention.

Image from Moebiusuibeom-en on the Wikimedia Commons