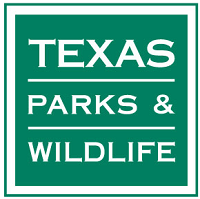 Swarovski Optik teams bested the competition in three different categories of the first statewide version of the Great Texas Birding Classic, and two of those wins enabled its teams to select which habitat conservation projects receive $10,000 of the $17,000 awarded from this year’s event.

The Swarovski Optik Highway Hawks, winner of the Adult Weeklong Tournament, selected Corpus Christi’s Hazel Bazemore Park as the recipient of a $5,000 conservation grant. The funds will be used to create a permanent water feature to serve as a drinking and bathing area for birds, as well as construct a photography blind near that water feature and install permanent signage at four existing kiosks.

Winning the Adult Upper Texas Coast Big Day Tournament, the Swarovski Optik/ Houston Audubon Hawks directed its $5,000 conservation grant to match $5,000 from the Houston Audubon Society to help restore the storm-battered Horseshoe Marsh Sanctuary on the western end of the Bolivar Peninsula in Galveston County. Debris and salt cedar that has grown up in the past four years will be removed, bridges replaced and the coastal prairie replanted with native vegetation. Additionally, signage will be installed along the interpretive trail.

In addition, Texas Parks and Wildlife will receive a $5,000 nature tourism grant for reprinting the Great Texas Coastal Birding Trail maps for the first time in more than a decade. The maps, which are closely tied to the Birding Classic, guide visitors throughout the state to see Texas’ best birdwatching and wildlife viewing sites first-hand.

The 17th annual Great Texas Birding Classic, held from April 15 to May 15, attracted more than 300 participants from El Paso and the Panhandle to the Rio Grande Valley and the Pineywoods of East Texas, who recorded 398 avian species during a host of regional and statewide daylong and weeklong tournaments. Fifty-six teams, the most in 10 years, were compelled to enter by the new, more flexible format that allowed teams to choose from among 42 categories and select their competition day or days based on work schedules, weather and other variables. Team fees also were lowered, making the event more affordable for all.

In an unlikely scenario, Swarovski Optik’s Highway Hawks identified 330 species in the Adult, Weeklong Tournament, just squeaking by the NRG EcoPartners team by one species while covering more than 4,000 miles, seeing a variety of birds along much different routes.

“There were so many variables that differentiated each of their runs, yet they ended up with lists one species apart,” says Shelly Plante, the Texas Parks and Wildlife Department’s nature tourism manager who coordinated the tournament. “That is extraordinary and speaks volumes about the wonderful diversity of birds we have in Texas.”

The Orioles will donate its $1,000 conservation grant award for Kiskadee Wetlands restoration at Estero Llano Grande State Park in Weslaco.

The Big Sit! competition proved the most popular tournament, boasting 20 of the 56 squads competing this year. Plante says participants liked the laid-back atmosphere of the tournament and ease of having as few as one person or “a whole community of 20 or more team members” working in shifts throughout the day from a specified location.

Winners of the Central Texas Coast Big Sit! Tournament, the Port Aransas Spoonbills, won the Lone Star Bird Award and chose Utopia Park along the Sabinal River in Utopia to receive its $1,000 grant. The funds will be used to enhance the park by improving and adding trails, bird feeding areas and interpretive signage.

Families were drawn to the new Sunrise to Noon Tournament, where teams of three to five birders, many of them parents and their children, recorded birds seen from sunup to noon. The Sandhill Craniacs took top honors in the all-ages category with 121 species.

In the extremely competitive youth Roughwings Regional Tournament for birders 13 years old and younger, nine chaperoned teams squared off in four regions, with top teams tallying impressive totals that rivaled the Adult tournament totals in some areas. The Upper Coast Roughwings winning team, the TOS Seaside Sparrows, identified 126 birds on their tournament day, while the Central Coast TOS Krazy Kites saw an astounding 135 species during their eight-hour run. Both of these winning youth teams were sponsored by Texas Ornithological Society.