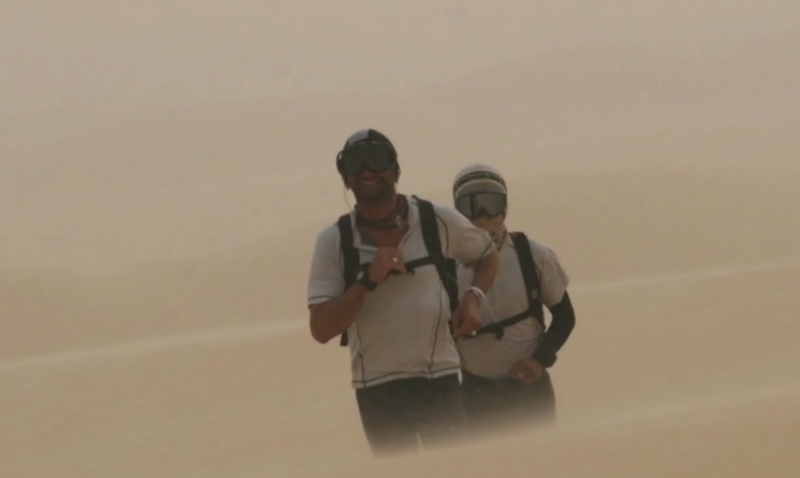 Ray Zahab and Kevin Lin will be attempting a speed run of Asia's largest desert.

The Gobi Desert is the largest desert in Asia and the fifth largest in the world. Sheltered between the Altai Mountains and the Mongolian steppes to the north, the north China plains to the south and the shadows of the Tibetan Plateau to the west, it is a lonesome and above all, dry place. Spanning over half a million square miles, the Gobi is simply a wind-down adventure for ultrarunners Ray Zahab and Kevin Lin.

The two athletes recently returned from running 4,000 miles across the Sahara Desert with American runner Charlie Engle. While the African expedition covered a wider distance, this time Zahab and Lin are met with a blistering deadline of 35 days. Can these two speedsters run a 1,429-mile route in just a little over a month?

“If we all stopped at the word no, we would never go on to achieve any of things we wanted to achieve in life,” Zahab said.

To keep on schedule, the two endurance runners will have to cover roughly 55 miles per day in some of the most barren and inhospitable environments on Earth. According to the expedition’s website, the runners will only meet with their support team once or twice a day. During this time Zahab and Lin will replenish supplies, conduct video conferences, and upload recordings of the run. If they happen to miss a drop, the team will have to rely on their own survival skills and whatever supplies they have on their backs.

The Gobi expedition is a part of impossible2Possible, a mentorship program founded by Zahab. By sharing their experiences and video recordings the team hopes to inspire students to defy limitations and tackle social and environmental issues.

A trailer for the expedition can be seen below:

The team will take their first steps on June 23.

Image screenshot of video by GOi2P on Vimeo