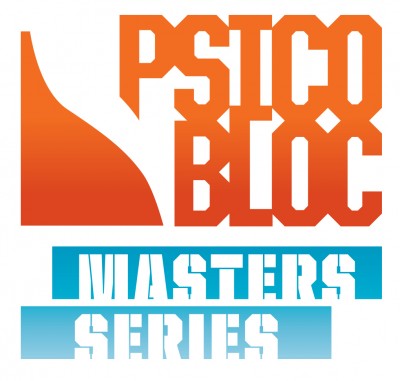 Capping off Outdoor Retailer Summer Market 2013, the Psicobloc Masters Series – the first deep water soloing competition ever held in the U.S. – will be held August 2, at the Utah Olympic Park in Park City.

Some of the world’s best climbers will be invited to compete head-to-head on a 50-foot wall using no ropes or harnesses, with only the Olympic Park’s 750,000-gallon freestyle aerial training pool to catch them below. The event will be open to the public and spectators will be treated to a ski jumping exhibition during the intermission periods.

“Psicobloc is an extreme and spectacular form of climbing that will undoubtedly blow everyone’s minds,” says Pro Climber and Event Organizer Chris Sharma. “For years we’ve talked about how this format will be the way of taking climbing to the mainstream. I’m really excited to be bringing this new and exciting form of climbing competition to the Olympic Park in Park City and am sure this will be an unforgettable experience for everyone who attends.”

The competition, which will feature a men’s and women’s division, will be “duel” style with competitors climbing on identical routes with the highest or first to the top advancing to the next round. The winners will take a share of $20,000 in prize money, the highest cash purse of any climbing competition this year.

The event is the brainchild of Kevin Bradburn, President of Momentum Indoor Climbing; Mike Beck, Sports and Entertainment Attorney; and Chris Sharma, described by NPR as the world’s best rock climber. The event is also held in partnership with Outdoor Retailer.

Event organizer Mike Beck notes “After a two year hiatus, we are bringing a climbing competition back to Summer Outdoor Retailer. The duel style, size of the wall, first deep water comp and opportunity for OR show participants to get up in the mountains at an incredible venue is an amazing combination.”

“We are thrilled to be involved with this phenomenal event,” said Kenji Haroutunian, vice president at Nielsen Expositions and OR show director. “I can’t think of a better way to conclude the OR Summer Market. Psicobloc is exactly the type of cutting-edge competition that defines the OR show as the leader in our industry.”

“This event is a long time in the making and we’ve had a lot of great partners come together to make it happen,” says Bradburn. “Walltopia designed the wall, Infinite Scale Design Group crafted the look of our venue as well as the 2002 Olympic Games, Mike Call and Boone Speed will provide world-class media coverage and photography, and WELD will handle the social and digital media. We’re also really excited to do this all in conjunction with OR.”