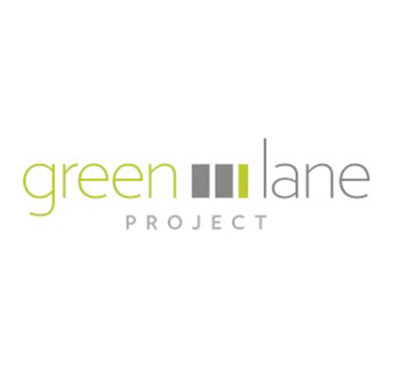 One year into its work to catalyze the creation of world-class bicycling facilities in the U.S., Bikes Belong’s Green Lane Project announces the opening of a major new protected bike lane in Austin, Texas.

The City of Austin Bicycle Program worked to create the protected bike lane at Barton Springs Road as part of their commitment to the Green Lane Project. Barton Springs Road previously lacked bicycle facilities, making it an unfriendly route for those on bikes. The arterial road now boasts a westbound protected bike lane, or green lane, and an eastbound widened buffered bicycle lane. The improvements make the road a complete street to serve motor vehicle, pedestrian, and bicycle traffic, and provide safer, more convenient access to local businesses.

According to Hill Abell, owner of Bicycle Sport Shop in Austin, the new green lane is a long-needed improvement to the bicycling network in Austin. “This area was already heavily traveled by cyclists, as it’s in the center of the city and connects Zilker Park to downtown; but it was a tight and congested roadway for everyone traveling it,” he said. “Now, its smooth sailing and seeing greatly increased use by cyclists, and the driving public is not slowed by the increased number of riders using the corridor.”

Green lanes create a protected space to ride on the road, making bicycling more appealing to the 60% of people who say they are interested in bicycling but are concerned about their safety. As bicycling becomes safer, more appealing, and more convenient for a broader population through these advanced facilities, local bicycle retailers are also feeling the impact.

A sample of bicycle retailers in the Green Lane Project focus cities (Chicago, Memphis, Portland, Ore., and San Francisco, and Washington D.C.) were recently surveyed about the effect of protected bike lanes on business and their community.Ninety-two percent of the shops said the green lanes were having a positive impact on bicycling in their city, and that sales were up or steady at their stores. Half of those retailers attributed the increase in sales in part to new green lanes in their communities.

“Protected bike lanes have been game-changing in our community; they absolutely appear to be getting more people on bikes,” said Denise D’Amour, owner of Capitol Hill Bikes in GLP focus city, Washington D.C. “People comment that they feel safer getting around by bike. New customers try commuting using the bike share and graduate to their own bikes after experiencing cycling through the city. Sales are up due, in part, due to the protected lanes.”

For more information about the progress toward protected bike lanes in the Green Lane Project focus cities, visit the http://www.greenlaneproject.org/blog The Green Lane Project is working in tandem with the citizen movement PeopleForBikes to transform America through bicycling.