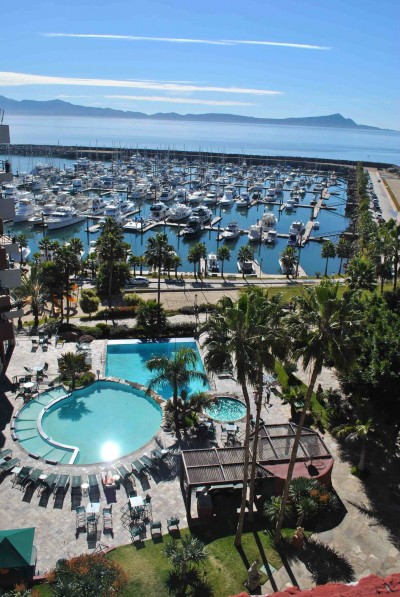 Hotel Coral and Marina, the official headquarters of the annual Newport to Ensenada Regatta

The 66th edition of the Lexus Newport to Ensenada Regatta started at Balboa Pier in Newport Beach, Calif., and concluded two days later, 125 nautical miles down the coast at the luxury Hotel Coral and Marina in Ensenada. The historical race, organized by the Newport Ocean Sailing Association (NOSA), was held April 26-28. The highly anticipated annual competition featured 203 sailboats ranging from recreational cruisers to racing maxi sleds.

“This is no doubt a highly competitive race with top honors and glory at stake, but the Regatta also fosters a great sense of camaraderie among the sailing community,” said Hotel Coral and Marina’s Director of Sales and Public Relations, Lizette Sanchez. “It gives marina enthusiasts from across the globe the opportunity to come together and celebrate their love of the open ocean.” Sailors come from Mexico, across California, and even as far as New York to compete in the iconic yacht race.

With winds holding strong throughout the race, 185 out of the 203 competitors finished by the Sunday 11 a.m. deadline. Sailors and spectators celebrated Saturday with a Baja Fiesta in Hotel Coral’s gardens, featuring grilled fish, lamb and margaritas and live entertainment, and concluded the festivities on Sunday, with the trophy presentation at 2 p.m.