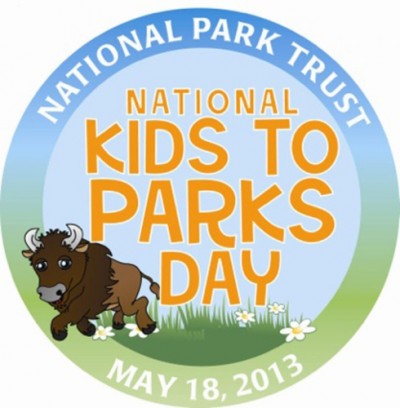 Last year more than 108,000 kids and families participated. In addition, 260 mayors in 45 states andWashington D.C. and eight state governors issued proclamations, a U.S. Senate resolution passed declaring National Kids to Parks Day, and more than 250 events were held across the United States.  With the help of high profile national partners like the NFLPA, National Park Trust hopes to double participation in 2013. Families can join the fun, find events, and sign up online at NPT’s web site www.kidstoparks.org. They can also find events by visiting www.facebook.com/nationalparktrust.

“Our players have a special affinity for public parks and know how important it is for children to enjoy and play outdoors,” said Jason Belser, NFLPA Senior Director of Player Affairs and Development. “We are proud to join National Park Trust and its impressive list of national partners in promoting National Kids to Parks Day.”

Recognizing that young people spend far too much time indoors and far too little time appreciating and preserving America’s magnificent national, state and local parks, the National Park Trust is mobilizing kids across the country for a nationwide park play-in. The website, www.kidstoparks.org, is interactive with links to park activities nationwide and provides a toolkit of ideas and activities for children, families and educators.

“National Kids to Parks Day encourages children across America to get out and play. This simple idea of playing in a park can potentially give millions of kids the reason to get active and get outside just as families prepare for summer,” said Grace Lee, executive director of National Park Trust. “In one year, participation has tripled with children, families, educators, and elected officials jumping in to support parks and coming together in joyful and active outdoor fun. We want kids to love our parks and be empowered to protect and preserve them!”

In 2012 NPT launched the National Kids to Parks Day School Contest. This year NPT will award scholarships to 42 classrooms benefiting 1683 children, grades preK through 12th in 21 states, to put their ideas into action to visit, learn and play in their local, state and national parks and celebrate the day.

Families can sign up to participate at www.kidstoparks.org. When they visit a park on May 18th, kids can tweet #kidstoparks or send in photos to [email protected] to have their pictures posted online on a national map commemorating the day. Also available online and on Facebook is a listing of park events across the country.