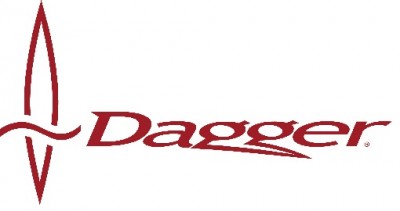 Dagger is sponsoring an array of events and expeditions this year, supporting passionate, motivated individuals and teams who explore their own boundaries and inspire others to do the same. Dagger’s 2013 sponsorships show the brand’s unending commitment to waterways from mountains to oceans and the paddlers who love them.

“Dagger strives to reflect the passion found in those who motivate us and who push their limits, whether that be helping others get out on the water for the first time or running the world’s most challenging rapids,” said Jessica Prescott, marketing communications manager for Dagger and Confluence Watersports. “At Dagger, we strive for excellence in every arena – from design to competition to altruistic efforts – and our 2013 sponsorship opportunities illustrate our commitment to the pursuit of performance, adventure, and philanthropy.”

international paddlers will descend upon Bryson City, N.C., for a week to compete and celebrate the sport of kayaking. Thousands of spectators are expected to attend the event and watch the world’s top kayakers duke it out on The 2013 Wave, a world-class competitive feature created by a Wave Shaper. Team Dagger’s top freestyle kayakers, Max Karlsson and James Bebbington will be competing this year.

Our brand’s boats are “team approved,” which means our athletes are at the core of the

inspiration and guidance for creating the boats our customers have come to rely on for innovation on the water. Team Dagger stokes the fire behind our brand with their passion for and dedication to moving-water adventure, sense of altruism, and commitment to the paddling community, and they remain a crucial part of the Dagger success, both on and off the water.