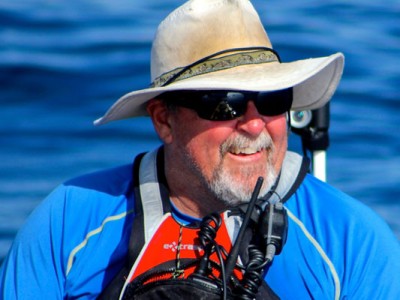 The partnership brings in this well respected fisherman but also puts Jackson Kayak at the helm as sponsor of two television shows starring Sammons:  Kayak Fishing With Jim Sammons (on WFN) and Extreme Fishing Challenge (on NBC Sports).  Both shows are produced and directed by Heliconia Press, a leader in paddle sports production.

“Michael Jordan, Jack Nicklaus, Eric Jackson, Jim Sammons. What do they all have in common? “ Asks Drew Gregory, Jackson Kayaks team lead and fishing designer, “All are considered innovators, pioneers and rank among the best, if not the best, of all time at their craft. So, having Jim Sammons on the Jackson Kayak team is literally a dream. In fact, someone pinch me to make sure this is real!”

“This is awesome news!” states Jackson President, Eric “EJ” Jackson. “The entire team is stoked that Jim has found his way to us.  This is an exciting era for us all”

“I have been in the kayak fishing business for twenty years and kayak companies like Jackson Kayak don’t come around every day,” States Jim Sammons, “Besides being great people to work with they have quickly become innovators in fishing kayak design bringing the things that kayak anglers want to the market.  When the deal came down that Jackson Kayaks wanted to work with me and be involved with my show I was more excited than I can tell you. I wanted to shout it out and let everyone know, that we have a great partnership with this amazing brand, which I know will last for years. With Jacksons help our show is going to get better and better, the sky is the limit for The Kayak Fishing Show now that we have Jackson Kayak on our side.”

About Jim Sammons:  A San Diego California native and certified fish and game and IGFA licensed guide, Jim is recognized worldwide as a pioneer in the sport of kayak fishing. Involved in the sport of kayak fishing for over twenty years he owns and runs La Jolla Kayak Fishing Adventures guide service and has work closely with kayak manufacturers on the development of new kayak designs and with various fishing tackle and kayak accessory companies on their growing kayak fishing line of products.