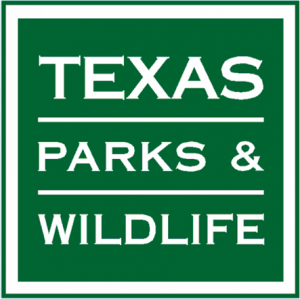 Zebra mussels can have a devastating effect on the state’s natural resources. They negatively impact native fish and mussels and foul beaches with their sharp shells. They can wreak havoc for boaters by clinging to boat hulls, reducing the performance of boating equipment, and plugging water intakes. Zebra mussels can also clog municipal and industrial water intake structures and pipes, costing taxpayers millions of dollars.

“We know a zebra mussel population exists in Lake Texoma and Ray Roberts,” said Brian Van Zee, Texas Parks and Wildlife Department’s regional director of Inland Fisheries. “Our district biologists have looked for evidence of zebra mussel populations in Lakes Lewisville, Bridgeport and Bob Sandlin since receiving the DNA test results, but none have been found.  This is not uncommon, as the test is very sensitive and has been known to show positive results in several lakes where zebra mussels have never been documented.  It’s possible that the results are showing us that boat owners may be moving contaminated boats to these lakes, but that viable populations haven’t developed.”

“These results are a reminder that boaters need to take the necessary precautions before moving a boat from one lake to another,” Van Zee said.  “We encourage boaters and anglers to visit http://www.texasinvasives.org to see a video on how to properly inspect and clean a boat and to learn more about how they can help protect the waters they enjoy.”  Texas Parks and Wildlife Department (TPWD) is asking anyone transporting a vessel to take the following precautions: (1) Clean all vegetation, mud, algae and other debris from the boat and trailer; (2) Drain all water from the boat and motor as well as the live-well, bilge, bait buckets and any other compartments or systems that hold water; (3) Dry the vessel and associated equipment for a week to 10 days during the months of May through October or for 15 to 20 days from November through April. These drying times are approximations, and conditions such as cooler air temperatures, higher humidity and whether or not the vessel is kept in dry storage should be considered. These are the easiest preventive measures that boat owners can take to help prevent the spread of zebra mussels.

Boats and other vessels that have been kept on a lake known to be infested with zebra mussels for an extended period of time may require additional cleaning procedures. Power-washing with water at least 140 degrees Fahrenheit and flushing the motor, bilges, live-wells and other raw water intake systems with 140-degree water will kill zebra mussels. To be effective the water coming out of the flushed systems needs to reach 140 degrees to ensure the entire system was exposed to water hot enough to kill the mussels.

Large vessels with complex water intake systems such as those used for cooling the engine, air conditioning or personal sanitation may require decontamination by a boat mechanic or marina and should also include a drying period.

A video showing how to decontaminate a boat can be viewed at http://100thmeridian.org/Video/Clean.asp.