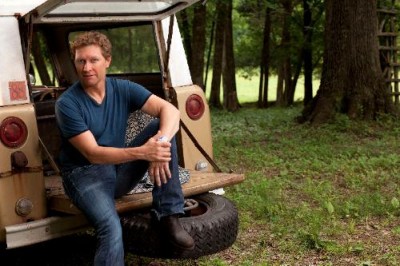 American country music star and award-winning TV host Craig Morgan will travel to Sweden in April to participate in the sixth annual Fjällräven Polar, a thrilling 200-mile dog sled excursion above the Arctic Circle. The 5-day, once-in-a-lifetime adventure, hosted by Swedish outdoor brand, Fjällräven, will take place April 9-13, 2013. Morgan will be among twenty people from ten countries who will participate in this year’s expedition.

“We are committed to inspiring people to get outdoors and enjoy nature whether it be a short hike or a full on expedition like the Polar. We are excited to have Craig [Morgan] on board this year,” shares John Walbrecht, Fjällräven President. “An avid outdoorsman and U.S. military veteran, Craig [Morgan] will help demonstrate that almost anyone can enjoy the adventure of a lifetime – as long as they have the right support and equipment.”

The unique trip will journey all the way from the vast Norwegian shores of the Arctic Ocean (Signaldalen, Norway) to the breath-taking mountaintops of Sweden (Jukkasjärvi, Swedish Lapland) all pulled along by huskies. With the help of Fjällräven experts, Morgan will learn how to drive and care for his own team of dogs and to pitch a tent and survive in the snow and sub-zero temperatures.

“Everyone would agree I have been a daredevil all my life. I love to travel to new places and will try just about anything, so when Fjällräven invited me to join them for the Polar, I said ‘yes’ without giving it a second thought” shared Morgan.

In addition to participating in the Polar, Morgan will get to experience the Northern Lights and visit the Sami people, the indigenous people of Sweden. He’s even growing a full beard to protect his face during the expedition.

Morgan also stars in his own TV show, Craig Morgan All Access Outdoors on the Outdoor Channel. In the show’s upcoming fourth season, he will chronicle his adventures on the 200-mile Fjällräven Polar excursion. “More Trucks Than Cars,” the latest hit from his current CD, This Ole Boy, is climbing the country radio charts.