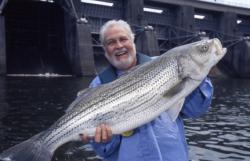 Sen. Alexander will hold a public event next Thursday, Feb. 21 at 11 a.m. below the Old Hickory Dam, a popular trophy tailwater known for great striper fishing.

The location is 5 Powerplant Road in Old Hickory, Tenn. It promises to be an informative update, and everyone is encouraged to attend.

TWF has been actively engaged in this issue, and we appreciate your support in reminding the Corps that these are public waters–owned by all of us, held in trust by the state and maintained by their engineers. As such, we–and our elected representatives–should have a say in major policy decisions, such as this one completely banning boats from our world-class fisheries.