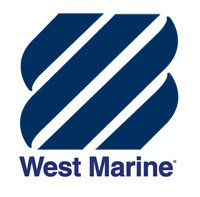 First established in 1977, the Chapman Award recognizes individuals or groups that have provided consistent promotion and protection of the sport of boating and its benefits to both the recreational boating industry and the public. The award, presented each year during the Miami show, includes a $1,000 donation to a marine-oriented organization of the recipient’s choice. Repass and Eisenberg will donate their award to West Marine’s Blue Future, a company-wide effort to make the world a better place focusing on sustainability in all its forms.

Randy Repass, Chairman of the Board, West Marine

An industry veteran of 45 years, Randy Repass is the founder of West Marine and the visionary behind what has become the one of the largest boating supply retailers with nearly 300 stores in the US and Canada. In 1973, he founded Semiconductor Engineering Associates, specializing in programming of computer-controlled testers for complex integrated circuits. Earnings from this business provided the initial financing for West Marine.

Eventually, Repass became fed up with the impersonal nature of the technology industry, and after selling rope from his garage by mail order under the name West Coast Ropes, later to be renamed West Marine, he left his job in technology and opened his first West Marine retail location in 1975. Repass saw an opportunity to improve how people shopped for boating supplies and designed West Marine to offer superior customer service, quality products and an enjoyable shopping experience.

“I decided from the beginning that I wanted to take care of people,” says Repass. “The high-tech industry didn’t provide me with an effective way to do that. But the boating industry gave me the opportunity to really enjoy my work and interact with customers who shared my interests. I was having a blast and building a business at the same time.”

Repass has made a decades-long career building a company focused on boaters helping boaters. From salespeople to top management, everyone is intimately familiar with the boating needs of their customers.

He received his Bachelor of Science in Electrical Engineering from Duke University in 1966 and began his career in engineering and marketing with Fairchild Semiconductor. He spends his free time “product testing” with his family aboard their Wylie 66 performance passage maker Convergence.

Geoff Eisenberg served as President and Chief Executive Officer of West Marine through the summer of 2012. He is the strategist to Repass’ visionary. He joined West Marine in 1976, becoming the second employee. Under his leadership in various senior executive roles including CEO, West Marine grew into the company it is today. He has had a hand in shaping West marine’s service-driven culture and formulating its strategy.

Eisenberg left West Marine in 1994 to run a successful management and strategic consulting business specializing in CEO training and professional management development. He returned to West Marine as President and CEO in 2007.

In a story from May 2012, Soundings Trade Only’s Bill Sisson noted, “Eisenberg is the sort of leader who prefers to talk about his employees, their accomplishments and the stores rather than about himself. And you get the sense that he doesn’t lose his focus. He has the ability to make the employees and vendors all feel that they are a part of a bigger vision and part of a family with the same goal.”

Eisenberg is a past CEO of Salz Leathers Inc., a manufacturer of high quality leather, and is a past CEO of Greenhorn Creek Associates, a real estate and golf development company. He is also a member of the advisory board of the Retail Management Institute at Santa Clara University and an experienced sailor with extensive experience in both local and long distance ocean racing and cruising.