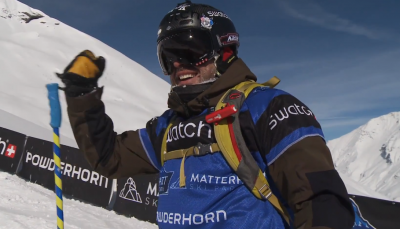 Professional free-skier Sverre Liliequist is a self-professed ski nut. The Swede loves to compete on the world stage and in his spare time makes short films with a production company founded by champion skiers.

He also likes to defy Mother Nature by backflipping over avalanches.

During his second Big Mountain run in the 2013 Swatch Skiers Cup, Sverre spent a portion of the run followed by an avalanche, barely keeping ahead. In a daring move, he moved up a snow ramp and backflipped out of the path of the rushing snow. Maybe he wanted a better view.

Take a gander at the spectacle in the following video: