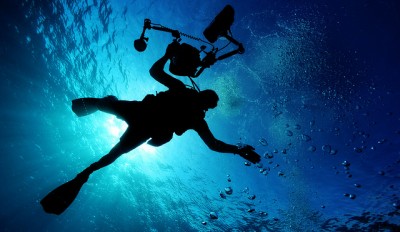 Labynkyr Lake in Siberia’s far east  is situated in the one of the coldest inhabited places on the planet, where temperatures can reach as low as negative 70 Celsius. Lakes in the area freeze solid and wait long months for the thaw, but not Labynkyr. Even in the depth of winter Labynkyr retains a rather balmy water temperature and scientists suspect an enormous underwater heat spring warms the lake from below.

However, that is not what makes Labynkyr special. Its legendary status began in 1953 when an expedition by Soviet researchers reported that they encountered a creature roughly the size of an orca in the water. This tale was met with skepticism but also drew some parallels to local folklore. Eventually Labynkyr gained a reputation in country not unlike Scotland’s Loch Ness, although with somewhat fewer tourists. Several additional expeditions were made to the lake but none had reached the lake’s bottom until now.

According to euronews.com, researchers spent their time on the lake floor gathering samples of plants and water. The team reported no sightings of any abnormally large creatures, but some reports say that skeletal remains have been found that could match the profile of the animal seen by the 1953 expedition.

Weather conditions were relatively optimal on the day of the dive with the water temperature at -2 Celsius.