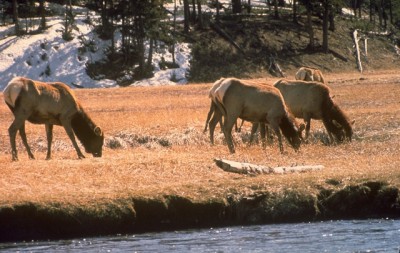 Advocates of the country’s national parks are warning that impending budget cuts may turn them into “ghost towns.”

The Coalition of National Park Service Retirees, an organization of more than 900 former National Park Service (NPS) employees, acquired a government memo and other budget-related documents showing that planning is underway for automatic budget cuts March 1 that would sharply reduce the numbers of Park Rangers and also result in deep cuts in park hours and a host of other key services for  park visitors.

“This is very troubling and it has the potential to turn already budget-strapped national parks into ghost towns,” said CNPSR Chair Maureen Finnerty, former superintendent of Everglades National Park, in a statement. “This would be devastating for America’s national parks, for the nearly 300 million Americans who visit them, and for the irreplaceable natural and cultural resources the parks were established to protect. Additionally there will be steep impacts to the private sector–the hundreds of concession businesses operating inside of the parks, the stores operated by cooperating associations in park visitor centers, not to mention the economies of the communities adjacent to parks and entire states that depend so heavily on both tourism and other spending done by the parks.”

The plan is to cut 5 percent from the current park service budget.

The January 25 memo (.pdf) from NPS Director Jonathan Jarvis to regional, associate, and assistant directors tells them to “develop a sequestration plan.”

In it, Jarvis writes: “We expect that a cut of this magnitude, intensified by the lateness of the implementation, will result in reductions to visitor services, hours of operation, shortening of seasons and possibly the closing of areas during periods when there is insufficient staff to ensure the protection of visitors, employees, resources, and government assets.”

Popular parks facing the cuts include:

According to an NBCnews.com post by A. Pawlowski, if the sequester goes into effect, the total amount of cuts required for the National Park Service would total more than $110 million, said John Gardner, budget and appropriations legislative representative for the National Parks Conservation Association. The loss of that much money would be “deeply damaging,” he added.

Gardner noted that a poll commissioned by his organization and the National Park Hospitality Association last year found that 95 percent of registered voters surveyed said they saw “protecting and supporting the National Parks” as an appropriate role for the federal government.

CNPSR Public Affairs Director Joan Anzelmo, former superintendent of the Colorado National Monument, said in a statement: “This could not come at a worse time, with Americans set to return to national parks in big numbers in the spring and summer. We sympathize with current National Park staffers, who are feeling an acute sense of chaos building as they run in circles trying to figure out so late in the fiscal year how to meet these harsh cuts, protect park resources and serve the public. This is no way to run a National Park system.”

Image from the Wikimedia Commons