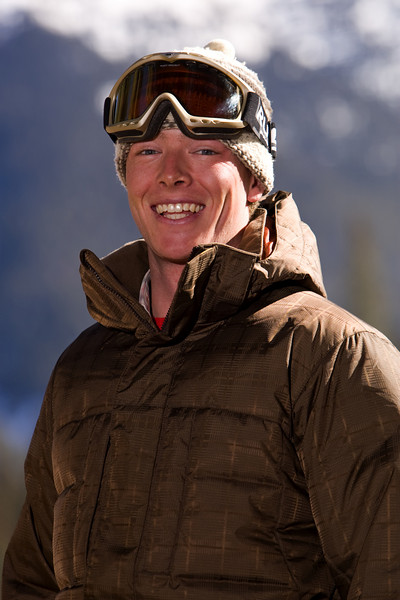 Justin Reiter closed out the FIS Snowboard World Championships in Stoneham, Quebec Sunday with a silver medal in parallel slalom.

Held every two years, the Worlds attract top-level competitors including national snowboard team members from across the globe.

The event was held for the first time at the Quebec resort with competition held over 10 days.

The highlight for the U.S. was sixteen-year-old Steamboat Spring, Colorado rider Arielle Gold taking the women’s halfpipe title Jan. 20 to become the second youngest athlete to do so.

Gold’s run came during a morning of steady snow.

“I truly couldn’t be happier,” said the rookie. “This is such a wonderful feeling.”

Coming into the championship, Gold was “bummed” because of her fourth place finish at the U.S. Grand Prix. But she was able to step up despite less than ideal conditions for a backside air, frontside 540 lien, backside 540 mute-grab, frontside indy, cab 720 indy and frontside air.

“The beginning of the day was frustrating and there was a full foot of snow in the bottom of the bottom of the pipe and it was so slow and sticky,” she said. “It was insane. The snow was heavy and the resort did their best to keep up with the snow and keep the pipe smooth and slip it. We were all kind of struggling to stay smooth and keep our amplitude up.”Kaitlyn Farrington of Sun Valley, Idaho just missed the podium at fourth. Spencer Shaw of Stratton, Vermont was best U.S. male at twelfth.

The Iron River, Michigan snowboarder got snarled up in the semis on Saturday, but came back to win the small final and finish seventh in the event won by Australia’s Alex Pullin.

Ty Walker was the top U.S. finisher in women’s slopestyle on Jan. 18, coming in fifth. Walker, 15, from Stowe, Vermont, impressed the judges with a backside 720 on her third jump. She was competing against riders mostly five to ten years older than her in the event won by Canadian Spencer O’Brien.

“It was probably one of the coldest days I have ever been out riding in,” she said. “The course was good and I was glad that I kept my riding together. I was glad that I could step up my riding up because the competition was tough. All the girls were throwing down big tricks. It was cool to see how well the other girls were riding and I am really stoked with how I did compared to everyone else for such a high level of competition.”

On the men’s side, Alaskan Ryan Stassel was the top American with a seventh. Coming in a disappointing eleventh was Chas Guldemond who struggled to land his cab 1260 during both runs.