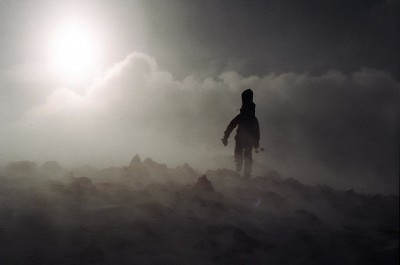 Beacon, probe and shovel – the three pillars of avalanche gear have proven both timeless and simple. That doesn’t mean that there hasn’t been any improvement and innovation going on in the industry, however – avalanche gear is slowly but surely evolving. Ancillary gear, such as avalanche airbags, is becoming more common, and manufacturers are tweaking old designs, allowing you to get more out of less in the great, white beyond.

Ski poles that double as avalanche probes have been around for years, and the new Black Diamond Carbon Probe Pole is one of the latest. For this season, the pole takes advantage of Black Diamond’s new FlickLock Pro stainless steel hardware, which the company says doubles holding force over the classic FlickLock mechanism and makes the poles very easy to adjust. The poles conceal a 6-foot avalanche probe. The new design was nominated for an ISPO Award last winter. $129.95

The upcoming Pieps Vector beacon, which should hit the market this season, is an advanced four-antenna beacon that includes a GPS chip. Using GPS, the Vector further hones in on victim location and provides instant access to coordinates for use in emergency calls. Its map function can show the search path and multiple burials. The GPS also records your track and vertical profile, which you can upload to a computer and use in the future. The Vector is powered by rechargeable lithium-ion batteries, so there’s no need to constantly check and replace disposables.

Launched last season, the K2 Rescue Shovel Plus takes backcountry rescue to the next level. Not only does it function as a shovel (or a hoe when flipped around), it includes the hardware needed to build a rescue sled. The hardware is stored inside the shaft and works with the shovel, K2’s BackSide or Factory Team skis, and ski poles to build a makeshift sled. The shovel can also serve as a dead man anchor. $89.95

The backpack has long been the approved vessel for the avalanche airbag. This season, The North Face becomes the first major manufacturer to try something different. The Powder Guide ABS packages two ABS airbags into vest form. The vest also features a multitude of pockets, including shovel and probe pockets, and ski/snowboard straps, so you can leave the backpack at home without sacrificing your ability to carry essential gear. $1,199

The North Face would love to have you believe that it is the first and only player in airbag vest game, but Wary, a Minnesota-based outfit, developed its Avi-Vest several years ago.

In 2009, Brooks-Range introduced the Rocket Tent, an ultralight, four-season tent aimed directly at winter users like backcountry skiers. By using an avalanche probe and trekking poles as the frame, the company was able to bring the weight of the tent under a pound and a half – an unthinkably low weight for a winter tent. The company subsequently had problems with the CT3 sail cloth used in the tent’s construction, so it went back to the drawing board and launched the Propel Tent. By using more traditional nylon, Brooks-Range avoids the problems it had with CT3 and cuts about $250 off the price. The Propel is a few ounces heavier than the Rocket, but still adds only 1 lb 9 oz to your pack when you use a probe and ski poles in place of the included DAC poles (2 lb 7 oz with the poles). $349.95

MTN Approach takes on backcountry design from a snowboarder’s perspective. Its folding skis were imagined as an alternative to splitboarding and snowshoes. A ski designed solely for uphill travel, the MTN Approach ski includes permanently attached skins and integrated bindings. The snowboarder straps his board on his backpack and climbs to his descent of choice. Once at the top, there’s no fumbling around with skin removal or board hardware; he or she simply folds the approach skis, puts them in the pack and takes off. In addition to ease of use, the MTN Approach system eliminates the riding disadvantages of the splitboard, allowing the rider to use the solid board he’s most comfortable with. Of course, the system adds weight on the ascent, and at $745 for the skis alone ($795 when packaged with MTN Approach’s backpack), it’s equivalent in cost to some splitboards.

This article originally appeared on epicski.com and is republished with permission.

Image from Scott Teresi on the flickr Creative Commons