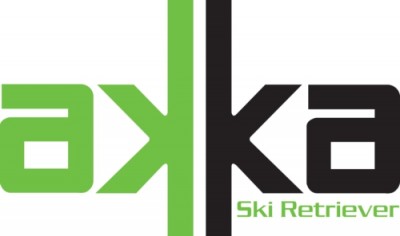 With the AKKA Ski Retriever the frustration of finding lost skis or gear in powder on the mountain will be alleviated. The AKKA Ski Retriever system is comprised of a handheld unit that is paired to radio frequency tags attached to skis or other gear. If the user becomes separated from his skis after a fall the handheld provides audio and visual feedback leading them back to their gear.

The AKKA Ski Retriever uses a cutting-edge directional antenna that is powerful and accurate enough to help a user locate gear hundreds of feet away and buried under feet of snow. Rather than using a passive system, the active radio frequency tags allow for highly accurate locating at great distances. The tag batteries are designed to last at least one season and run on standard lithium coin cells.  The waterproof handheld utilizes AAA batteries and features an OLED screen.

In addition to being able to locate the user’s skis, the AKKA Ski Retriever has the ability to locate other handhelds and a universal tag search to aid in locating friends when separated on the mountain. The system also features an innovative theft deterrent system for those who may be skittish about leaving their skis on the rack while grabbing a bite to eat in the lodge.

Pledges placed on Kickstarter are for pre-orders that will ship in Fall 2013.