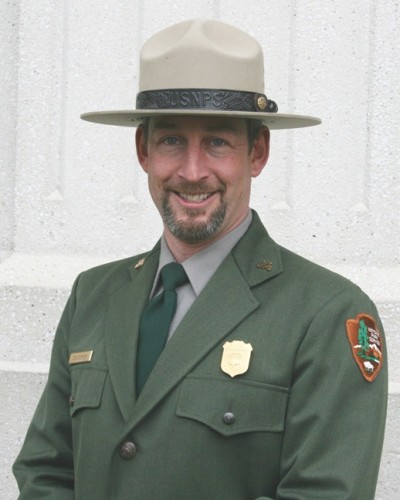 Striker has been the superintendent at New River Gorge National River, West Virginia, for the past five years, and brings a strong background in both business and resource management to his new position.

Since 2007, Striker has managed New River Gorge along with the nearby Bluestone National Scenic River and the Gauley River National Recreation Area. The parks annually see more than one million visitors, and include four visitor centers and more than 100 access points. He has been instrumental in improving relationships with state government and local partners, building a large cadre of volunteers, and managing significant construction projects. Prior to working in West Virginia, Striker served as a special assistant to the Comptroller of the National Park Service, as superintendent of Mount Rushmore National Memorial (South Dakota), as superintendent of Fort Clatsop National Memorial (Oregon), and comptroller at Yellowstone National Park.

“I am deeply humbled to have been asked to serve as the chief steward of one of our country’s most spectacular and iconic parks,” Striker said. “My wife, Gretchen, and I are excited to be moving to Alaska, a goal we’ve long held. We are really looking forward to becoming productive partners in our new community.” Striker will move to Alaska in January.

NPS Alaska Regional Director Sue Masica said that Striker’s accomplishments over more than 15 years with the Service position him well for the Denali job. “Denali is a complex park, with many major business and resource decisions coming up. Over the next couple of years, the park will be looking at implementing its new road management plan, re-bidding the main concession contract and continuing to work on a variety of wildlife issues with the State of Alaska and others. Don brings the talents we need to lead the Service on these issues.”