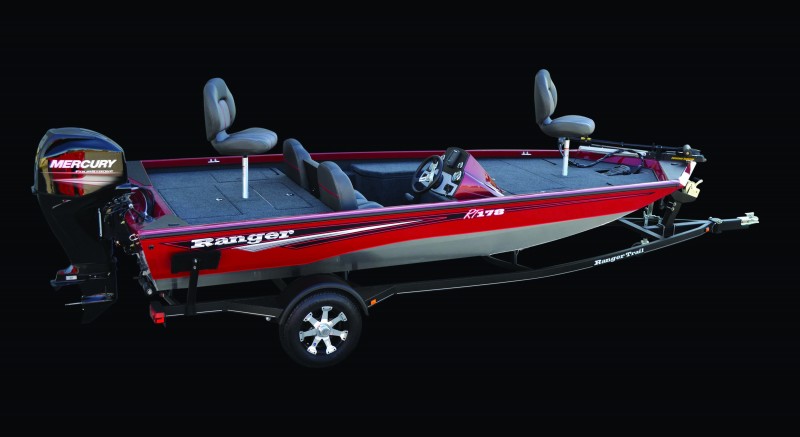 Ranger Boats, the nation’s largest manufacturer of premium fiberglass fishing boats, announces the launch of an all-new aluminum series of boats for the 2013 model year. A state-of-the-art production facility, located adjacent to company headquarters in Flippin, Ark., was unveiled earlier this week. The new operation includes two series of boats, the fishing-specific Tournament Series and ultra-versatile Apache Series. Both are scheduled to debut at dealerships and boat shows across the country in January.

“We know there are a lot of anglers and boat buyers looking for a premium-quality aluminum fishing boat at a great price,” said Ranger Boats President Randy Hopper. “And the new Tournament and Apache Series are built precisely to those standards. We’re proud of the best-in-class features in our fiberglass platforms and instilled the same craftsmanship and attention to detail in these aluminum designs.”

The all-new Tournament Series will consist of three models, built with the same Ranger DNA that’s crafted a 45-year legacy for making the industry’s best fiberglass fishing boats. The RT 178 sports a 17-foot, 8-inch bass configuration, while the RT 178C features a similar platform (17-foot, 8-inch) focused more on crappie and multispecies angling, complete with multiple seat locations and livewells. Rounding out the Tournament Series line is the RT188, an 18-foot, 8-inch bass design rated for 115 horsepower. All three models are built to exceed the needs of boat buyers in search of a durable, feature-laden, mod-V aluminum boat.

“So many anglers enter the boating lifestyle by purchasing an aluminum fishing boat,” said Ranger Vice President of Sales Keith Daffron. “We’re excited to offer these customers an affordable, durable product paired with the Ranger name and the long list of 5-Star advantages that come with it.”

In addition to the Tournament Series, the Ranger Apache Series will consist of four ultra-versatile models designed to appeal to anglers and waterfowl hunters alike. The Apache Series will include a 16-foot tiller model, 17- and 18-foot side-console models and an 18-foot center-console model. Whether the focus is on the spring spawn or the fall migration, Apache Series owners will benefit from an intuitive, all-purpose interior layout and a bevy of special features such as the durable, no-slip Rawhide interior surface and hand-painted camo exteriors.

“We know that Ranger owners aren’t just anglers, they are outdoor enthusiasts serious about their time outdoors, who expect the best in their equipment and gear,” Hopper said. “The versatility in the new Apache Series gives owners the freedom to take Ranger’s legendary quality with them year-round – whether they’re pursuing fish or waterfowl – without sacrificing features on either side.”

Photographs and more information on the new Ranger Apache and Tournament Series will be online soon. Customers are encouraged to visit www.rangeraluminum.com for updates.