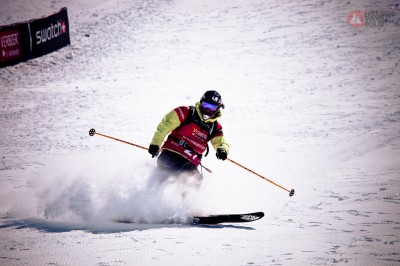 PrimaLoft, the world leader in high performance insulations and technical fabrics used in leading outdoor and fashion brands, home furnishings, work wear and military applications, has been named the Official Insulation Supplier for the 2013 SWATCH Freeride World Tour by The North Face.

The 2013 SWATCH Freeride World Tour by The North Face, is the result of the recent joint venture between the SWATCH Freeride World Tour, Subaru Freeskiing World Tour and The North Face Masters of Snowboarding presented by PrimaLoft into one unified global championship series, creating an elevated level of competition for big mountain skiing and riding. The new six-stop world tour will include freeride skiing and snowboarding competition at each stop, with an invitation-only roster of professional athletes along the tour. In addition, PrimaLoft continues its support as Presenting Sponsor of the 2013 The North Face Masters of Snowboarding Series.

“PrimaLoft is excited to be the Official Insulation Supplier for the SWATCH Freeride World Tour by The North Face,” stated Mike Joyce, Chief Executive Officer, PrimaLoft. “This event showcases the premiere talent in backcountry skiing and snowboarding. Many of these athletes rely on PrimaLoft for warmth and comfort in the backcountry, so our performance-first promise makes PrimaLoft a natural fit as sponsor of the tour.”

To view the complete event itinerary and learn more about this year’s tour, log on to www.freerideworldtour.com.

PrimaLoft is currently used in the world’s top brands of outerwear, gloves, sleeping bags, footwear, and as a luxury down alternative in pillows, comforters, blankets and mattress toppers. PrimaLoft Yarn is used in socks, sweaters, hats, base layer garments, blankets and accessories.