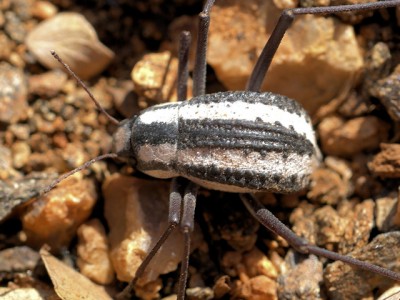 A self-filling water bottle may seem like science fiction, but that is just what MIT researchers have in mind. The scientists behind the unnamed device are still in the research and development phase, but a working prototype has been built. Now all that is needed to build the water bottle for consumers are investor dollars, time, brains and a breeze. As of right now, actual manufacturing is still years away.

Graduates from the Boston College biology program in collaboration with MIT (Massachusetts Institute of Technology) researchers are trying to mimic the Namib Desert Beetle’s technique of collecting water to be able to provide a technique for collecting safe drinking water in arid locations around the world. Their idea is to produce a device that that pulls moisture from the air into its container on its own, producing about six liters of water per day per unit.

NBDnano, a small tech startup which stands for Namib Beetle Design nanotechnologies, was founded to extract water from an artificial breeze created by a fan. In nature, the Namib beetle collects droplets of moisture from  early morning fogs that blows through in its arid habitat to survive. Standing at a precise angle in a precise location, the beetle collects moisture from the fog breeze on bumps on its shell. Once enough water is collected, the beetle induces the water to flow down to its mouth along a series of precise troughs along its back.

Deckard Sorensen, one of NBD’s founders, speaking to the BBC said the idea for the project came from the natural survival instinct of the beetle. “I initially had this inspiration from a biomimicry course and biomimicry is looking to nature to draw inspiration for sustainable technology. It was important to apply this to our design and we have developed a proof of concept and [are] currently creating our first fully functional prototype. We think our first prototype will collect anywhere from half a liter of water to three liters per hour depending on local environments.”

Right now their devices are compact triangular containers about one foot tall and half a foot wide. The device will be self-sustaining, but it needs fans or some wind source to generate the moisture. It was created with poor communities in desert situations in mind, but the technology can be applied in survival situations and eventually in the outdoors once the product is commercialized.

“We take the ambiant air from the environment. So you can put this in your backyard per say, and what it would do is it would take the air in your backyard and start pushing it through our device and from this the materials will actually collect the condensation, or the moisture, from the air due to the relative humidity that naturally occurs in the air everywhere.”

Image from Hans Hillewaert on the wikipedia Creative Commons