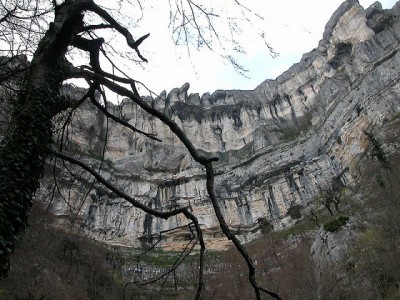 Radio airwaves, TV stations and written news sources have been teeming with talk of the impending “fiscal cliff” that may slide the United States back into recession and raise unemployment rates. Yet, rarely are the country’s natural resources a part of this talk. To remedy that, Mother Nature Network took a look at just what sort of effect the fiscal cliff (or the laws that pertain to the fiscal cliff) may have on national parks, forests, wildlife refuges, public lands, oceans, the coastline, and environmental research.

First, what is the “fiscal cliff?” The phrase refers to a number of laws under the Budget Control Act of 2011 and the Bush tax cuts which lowered taxes and prevented the United States from sovereign default. The “cliff” is the slew of budget cuts and tax hikes all set to hit at the same time on January 1 if the president and Congress do not draft another plan to avoid the looming changes.

Mother Nature Network paints a grim outlook for the future of natural resources if a new plan is not agreed upon by Congress and the president.

The White House estimates that “the National Park Service (NPS) would likely have to close some national parks, campgrounds and visitor centers.” Park rangers at the NPS may face a reduction in staff, while National Wildlife Refuge System scientists could lose 200 positions and law enforcement would be cut by 15 percent.

More job loss and weaker management of wildlife, wildfires, man-made forest infrastructure (such as roads and lodging) would suffer from decreased maintenance, many permits may go unprocessed and invasive species may increase. According to the National Resources Defense Council’s (NRDC) fiscal cliff report, budget cuts could damage development in parks and other public lands across the country as well as cause permanent loss of recreation access in some places.

Other threats include ecological damage to coastlines and oceans because of the decreased ability of the National Oceanic and Atmospheric Administration to protect these areas.

Read the full article by Russell McLendon on the Mother Nature Network by clicking here.