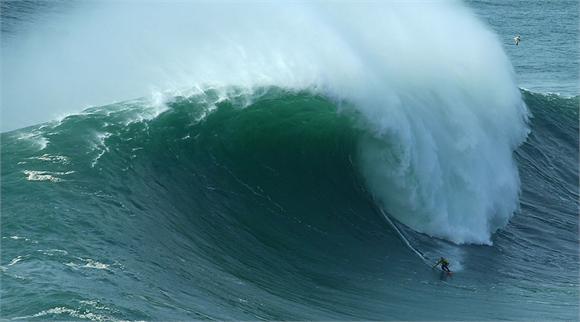 Big wave Guinness World Record holder, Garrett McNamara, partners up with Body Glove to create the ultimate floatation suit. In 2011, Garrett rode the largest wave ever ridden in Nazare, Portugal and still continues his search to ride even bigger waves.

The Body Glove Big-Wave Floatation Suit is a culmination of several, specialized design features that in combination provide Garrett with the increased level of safety and performance he requires. Facilitating a faster surfacing time, the interior of Garrett’s suit is comprised of a system of modular foam inserts strategically placed in key areas of the suit to provide customizable floatation, equivalent to almost 3 adult life jackets. In order to maximize the efficiency of each portion of the suit the exterior panels were engineered with the least amount of seams possible and built entirely of Magna-Flex; Body Glove’s top of the line super-stretch material.

“Working with a great team such as Body Glove, I had no doubt that we would be successful on our first go at making a suit developed strictly for survival in life threatening conditions,” states Garrett McNamara. “After some testing in big waves and then taking the Martin Stepanek’s Waterman Survival course, I came to the conclusion that we have built the perfect suit for big wave surfing.”