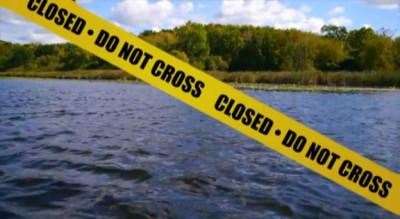 A Minnesota conservation organization is launching a campaign that teaches waterfowl hunters how even washing their dogs can fight invasive species.

The non-profit Wildlife Forever received a $233,830 grant from the Environmental Protection Agency to help teach hunters how to prevent aquatic hitchhikers.

The campaign will teach hunters to properly clean waders, waterfowl decoys and even hunting dogs to avoid transporting invasive species. The clean, drain, dry technique is the most effective way to prevent the transport of invasive species between different bodies of waters, according to the group.

Pat Conzemius, the organization’s conservation director, said that the campaign targets waterfowl hunters because they are largely ignored in the fight against invasive species.

There are close to 500,000 hunters for waterfowl in the Great Lake states, Conzemius said. “Waterfowl hunters have been underrepresented and undereducated about invasive species.”

Chris Simpson, vice president of the Lake Effect Chapter of Michigan Duck Hunters, says that some hunters are included in education programs by other groups.

“We’re included in other demographics,” he said. “There are very few waterfowl hunters that don’t fish or boat.”

But the more information that gets out, the better, he said.

Simpson said the best way to reach waterfowl hunters would be broadcast media or billboards near major launch sites.

About $80,000 will be invested into billboards which are statistically proven extremely effective for these types of issues, Conzemius said. The campaign features the two public service announcements below:

This article originally appeared on GreatLakesEcho.org and is republished with permission.

Image screenshot of video by Jeff Breitenstein on youtube