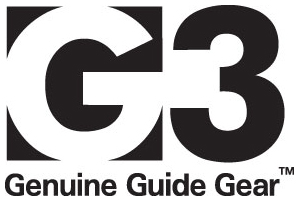 This winter, G3 is sponsoring a wide range of athletes and ambassadors who will help with product development, provide feedback, and promote the G3 brand. From freeskiers, snowboarders and telemarkers to guides, patrollers and avalanche technicians, the ambassador team reflects the depth of the brand’s 2013 product offerings.

Looking toward 2013, the brand has expanded its ambassador team to better represent both G3’s product range and its user base. In recent years G3’s product line has grown to include descent-focused skis such as the award-winning Empire, District and the women’s Cake, more avalanche safety tools and splitboard skins.

“We expanded the athlete team this year to better represent G3’s recent growth into new markets, such as splitboarding and freeskiing,” said Gord Bailey, VP of Sales and Marketing at G3. “G3’s brand ambassador relationships are integral to our product development process. We rely on our athletes to put the equipment we make through the ringer and give us feedback. We’re constantly working to improve our products.”