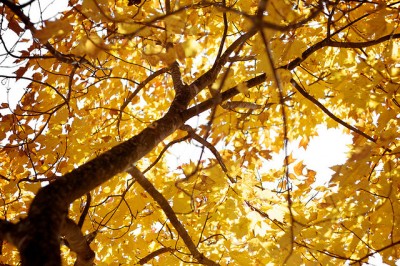 When Mario Vaden goes out to hunt, he’s not looking to bring a trophy buck back home. Rather, the professional arborist from Beverton, Oregon is looking to break records in another way: Vaden searches for flora that shatter known world records for tallest trees.

He contacted other researchers to determine whether the tree he located in the Humboldt Redwoods State Park in California could in fact be the largest in the world. The researchers speculate that the maple, which reaches 157.8 feet into the sky, just may be the world’s largest, but there has yet to be a conclusive decision on it.

Vaden measured the tree as best he could, with the use of a laser rangefinder that reflects light back to the receiver, but even he admits that the measurement could be slightly off. He believes the tree could be even taller than what his laster reader determines.

Vaden found the tree not while he was out tree hunting, as he often is, but while he was taking a leisurely hike in the Humboldt Redwoods State Park along the Avenue of Giants, somewhere between Pepperwood and Founder’s Grove.

Image from David Joyce (DeaPeaJay) on the flickr Creative Commons