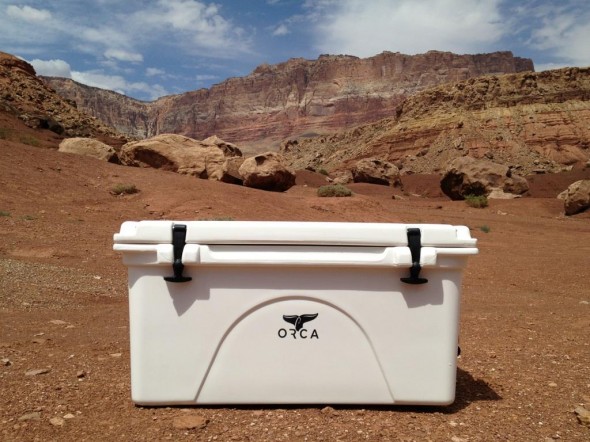 The Outdoor Recreation Company of America opened for business recently and began production on a line of premium, American-made coolers designed specifically for hunters, anglers and sportsmen and women who expect outstanding performance from their outdoor gear. They also recently launched their new website.

ORCA, the acronym for the company’s official name, will manufacture its rugged, roto-molded coolers and other premium outdoor products exclusively in the United States from American-made components, according to owners Jim Ford, Brentwood, Tenn., and Cliff Walker, Knoxville, Tenn. “There is a tremendous demand from outdoor enthusiasts throughout the world for premium coolers that keep ice frozen and perishables edible for several days under extreme conditions,” Ford said. “And, the demands for those coolers to be made in the United States using American-made components at a competitive price is even greater. ORCA’s coolers and its other premium outdoor products will not only meet those demands, our products will be manufactured to exceed those demands.”

Ford said ORCA coolers are built to perform under the most extreme conditions. “These are rugged, reliable coolers designed to be used in the outdoors under all conditions,” he said. “Whether you put them in a boat, set them on the beach, carry them in the back of a truck or SUV, strap them on an ATV or keep them in a tent at a remote campsite, ORCA coolers will do what they are designed to do – keep foods and other products cold and withstand rugged use. Our goal is to surpass customers’ expectations for premium coolers.”

According to Ford, a portion of the proceeds from the sale of ORCA coolers and other products will benefit various non-profit organizations. Ford offered this example of how ORCA will be helping national and local groups: one of the series of coolers ORCA manufactures – The Cure Series – is pink and a portion of the sales of that cooler will support the Susan G. Komen Foundation. ORCA is a silver sponsor of the Susan G. Komen Foundation’s Nashville “Race for the Cure” scheduled for Oct. 27 in Brentwood, Tenn. Sales from The Cure cooler series also support several women’s outdoor groups, he said. Other ORCA cooler series will help support national wildlife conservation groups, veterans groups and groups that support persons with catastrophic diseases.

ORCA is a privately held company headquartered in Franklin, Tenn., and its manufacturing facility is also located in the Volunteer State. “Our products are made right here in Middle America,” Walker said, “and, in addition to manufacturing our premium coolers here, we are also creating jobs for American workers.” He said ORCA plans to offer additional premium American-made outdoor products this year. Walker said while ORCA’s first product is a premium cooler, the company is much more than just a cooler company. “We are designing and producing a complete line of rugged outdoor products for the discriminating outdoorsman and woman and filling a large void of premium, American-made outdoor products. ORCA will be its own brand.”

“To accomplish our goals, we’ve assembled one of the most experienced management staffs in the outdoors for ORCA,” Ford said. “They are well-respected as experts throughout the outdoor industry, not only as professionals, but also as hunters, anglers and outdoor enthusiasts.” The company’s management team includes Bill Terry, vice president of sales; Angela Young, chief financial officer and Tony Dolle, vice president of marketing.

Image courtesy ORCA/The Will to Hunt