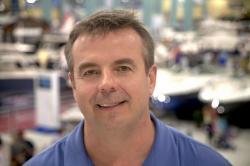 The National Marine Manufacturers Association (NMMA) announced today a series of staff promotions at the executive level to coincide with its growing responsibilities in advocating for and promoting the strength of marine manufacturing, the sales and service networks of its members, and the boating lifestyle. Craig Boskey and Carl Blackwell were promoted to Senior Vice President. John McKnight, Dave Geoffroy and Ellen Hopkins were named Vice Presidents.

“NMMA has a talented group of staff dedicated to the interests and success of our members,” said Thom Dammrich, NMMA president. “The promotion of these five executives is well-deserved and a reflection of their success in their respective positions and commitment to the recreational boating industry.”

Craig Boskey to Senior Vice President, Finance, and Chief Financial Officer, oversees NMMA’s financial affairs, including human resources, corporate accounting, and information technology. Most recently, he has been instrumental in successfully guiding NMMA through the economic recession and leading integration efforts with the Southern California Marine Association. Boskey has been with NMMA for seven years and reports to Dammrich.

Carl Blackwell to Senior Vice President, Marketing & Communications, and Chief Marketing Officer, leads NMMA’s marketing department which encompasses work across all association programs, including 21 boat and sportshows, as well as the industry-wide Discover Boating campaign. Blackwell serves a dual-role at NMMA as he is also President of Grow Boating, Inc. He has been with NMMA for nine years and reports to Dammrich.

John McKnight to Vice President, Government Affairs, leads NMMA’s efforts on environmental and safety issues. McKnight manages the Washington, D.C. office, home to the association’s Government Relations team, which works to protect and improve the business environment for the industry by proactively addressing legislative and regulatory issues at the national and state level. McKnight has been with NMMA for 18 years and reports to Dammrich.

Ellen Hopkins to Vice President, Communications, heads the association’s public relations and communications efforts. Hopkins also serves as Vice President for Grow Boating, Inc., managing communications and PR for the Discover Boating campaign. As part of her promotion, she is responsible for overseeing NMMA’s work for its affiliate organizations. Hopkins has been with NMMA for eight years and reports to Blackwell.