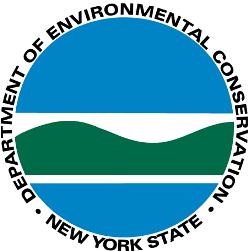 The New York  State Department of Environmental Conservation (DEC), in collaboration with the Environmental Facilities Corporation (EFC) and the Department of State (DOS), has submitted petitions to the U.S. Environmental Protection Agency to designate New York’s portion of Lake Erie and the St. Lawrence River as a “Vessel Waste No Discharge Zone.”   The petitions must be submitted by DEC before EPA acts to establish a no discharge under Clean Water Act protocols.  A “No Discharge Zone” designation means that boaters and shippers are not allowed to discharge their on-board sewage into the water. Boaters must instead dispose of their sewage at pump-out stations that are available for recreational boater use. A list of pump-out stations is available on DEC’s website at:  http://www.dec.ny.gov/outdoor/7840.html.

“Establishing a No Discharge Zone in portions of Lake Erie and the St. Lawrence River will help improve water quality and make recreation on these water bodies more enjoyable,” DEC Commissioner Joe Martens said. “We look forward to working with EPA to receive this designation.”

“New York State’s Clean Vessel Assistance Program has helped establish and annually supports 37 pump-out facilities on Lake Erie and the St. Lawrence Seaway, providing recreational boaters with convenient access to pump-out stations for the safe disposal of septic waste,” said Matthew Driscoll, president and CEO of the New York State Environmental Facilities Corp. “Recognized as one of the best Clean Vessel programs in the country, EFC is proud to have helped New York state previously qualify for no-discharge zones on 17 major waterways, and we hope that this latest petition will also be granted.”

“The designation of no discharge zones in the St. Lawrence River and Lake Erie is an important step in New York’s effort to reduce pollution in the waters of the Great Lakes,” stated Secretary of State Cesar Perales. “Water quality improvements associated with this designation will help protect sensitive habitats and provide an added measure of public health safeguards to the important recreational and economic resources of the region.”

Both treated and untreated wastes can deliver pathogens and toxins to local waters and contribute to harmful nutrient loadings. Waste treated by on-board septic systems often contains chemical additives such as formaldehyde, phenyls and chlorine. These pollutants can harm water quality, pose a risk to people’s health, and impair marine life and habitats.

Since 1976, DEC has designated most of the coastal waters and connecting waterways in New York as Vessel Waste No Discharge Zones. In 2010, DEC and EPA announced a joint initiative to establish No Discharge Zones for all waterbodies and waterways in the state. The Lake Erie and St. Lawrence River petitions are part of DEC’s continuing effort to meet that goal. Approval would extend protection to all of New York’s Great Lakes and St. Lawrence River shoreline. Lake Ontario was designated a No Discharge Zone in 2011.

Upon concurrence by EPA, an opportunity for public comment will be announced in the Federal Register. When that concludes, EPA will address comments and determine if there are adequate vessel pump-out stations to support the No Discharge Zone. If EPA concurs, the No Discharge Zone would be enforced by DEC law enforcement, state police and local authorities.