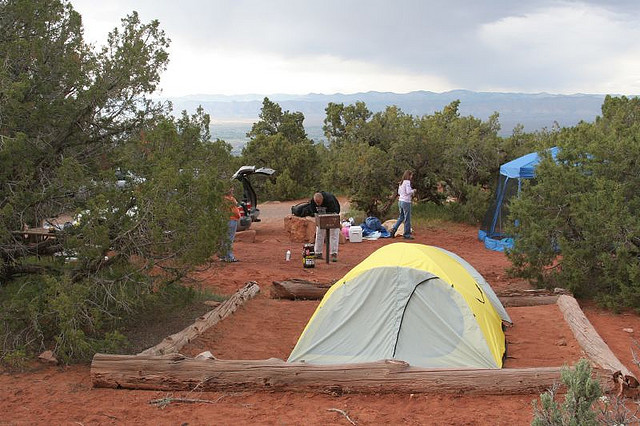 Almost 43 million Americans participated in camping last year, according to a new study released today by The Outdoor Foundation and sponsored by Kampgrounds of America Inc. and The Coleman Company, Inc. That equates to 14.9 percent of Americans over age six. The findings are part of the 2012 American Camper Report, the leading report tracking participation in camping in the United States.

The Outdoor Foundation’s American Camper Report provides data and analysis on overall camping participation and explores preferences, buying behavior and the future of camping. For the first time in the history of this report, people within the camping industry share trends that they are seeing in the field, and the report takes an in-depth look at Hispanic American campers to examine this growing minority’s unique motivations, preferences and barriers. The findings are based on an online survey of more than 38,000 Americans ages six and older and a supplementary survey of camping participants 18 and older.

“The American Camper Report shows that camping gained popularity in 2011 – adding nearly three million participants since 2010,” said Chris Fanning, executive director of The Outdoor Foundation. “The information and analysis in this report will help the outdoor industry and all stakeholders engage even more Americans in camping and transform non-participants into active outdoor enthusiasts and committed environmental stewards.”

“2012 is KOA’s fiftieth Anniversary and KOA hopes that its outdoor hospitality legacy will continue to expand along with the businesses of other outdoor enterprises as we learn more about the needs, trends and outdoor behaviors of the American camper,” KOA’s CEO Jim Rogers stated. “The report’s special focus on Hispanic campers also aligns with KOA’s goals to find new ways to increase the engagement of ethnically diverse populations in camping and outdoor fun.”

“Throughout our 112-year history, Coleman has maintained a reputation for creating innovative, high-quality outdoor gear. Insights from studies like the American Camper Report are a foundational piece of Coleman’s ability to build and maintain that reputation,” said Robert Marcovitch, President and CEO of Coleman. “Thanks to the knowledge we gain from the Camper Report, Coleman continues to develop exciting gear for both the new and experienced outdoor enthusiast alike.”

The insights detailed in the 2012 American Camper Report are critical to understanding both campers and non-campers and building participation in the activity. Some additional findings include:

Profile of a Camping Trip

To download a complete copy of the 2012 American Camper Report, visit The Outdoor Foundation website at http://www.outdoorfoundation.org/research.camping.2012.html.