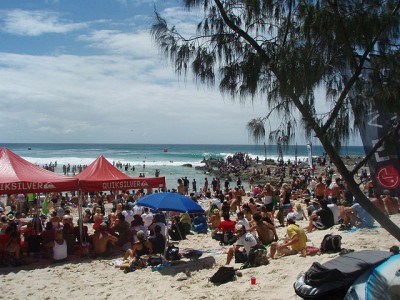 An unprecedented year of shark attacks has prompted Australian officials to take extreme measures to protect the public. Western Australian State Premier Colin Barnett announced Thursday a plan that allows for the killing of sharks that swim too close to people even if the shark has not previously attacked.

The Australian Shark Attack File, maintained by the Taronga Conservation Society Australia, states, “in the last 50 years in Australian waters, there have been 55 fatalities (1.1 per year) from shark encounters. Some years there are no fatalities recorded, other years there have been up to 4 a year, but the average remains around one per year.” This year there are reports of five fatalities directly related to a shark attack.

The Conservation Council of Western Australia Marine Coordination Tim Nicol said in a statement, “we are concerned that plans to kill sharks that approach beaches applies a ‘guilty until proven innocent’ approach to sharks and is a knee-jerk reaction to public concern that will harm the environment without protecting swimmers.” However, the council indicated it was happy to see more funds for research among the measures in Barnett’s plan.

More information about Australia’s shark mitigation program can be found at http://www.fish.wa.gov.au.