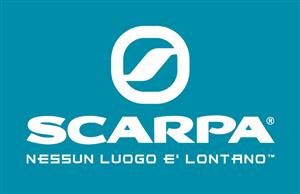 SCARPA, the Italian-based manufacturer of footwear for the full range of mountain sports, began a long-term partnership with renowned big mountain skier Chris Davenport in August 2012. Along with serving as a SCARPA ambassador and testing new SCARPA products, Davenport will be a key member of the product development team for a new line of SCARPA freeride boots that will be available in Fall 2013.

Widely regarded as one of the most accomplished big-mountain skiers in the world, Davenport said he was attracted to work with the SCARPA brand not only because of its world-class reputation in the ski-mountaineering, touring and footwear categories, but also because of the opportunity to be intimately involved in the development and testing of a new, innovative line of ski boots specifically for the freeride market.

“I’m a product guy, a gear geek if you will. I love equipment, I love tweaking it, and I believe that you can always make a better product,” Davenport said. “SCARPA is super well respected in the world of skiing, so for me, this a chance to work with an already great line of products, but also a chance to help create something innovative and new.”

“There’s very definitely an opportunity in the freeride category – a product for a specific set of needs that doesn’t yet exist in the marketplace,” he said. “I’m not just joining SCARPA, I’m joining SCARPA to be involved in the development of the strongest boot line yet specifically built for the needs of freeride and sidecountry skiers.”

Davenport began working closely with the SCARPA product development team in August with the goal of launching SCARPA’s innovative new ski boot collection to the world market at the 2013 Outdoor Retailer, SIA and ISPO shows in January and February.

Another factor that attracted Davenport to working with SCARPA was meeting the Parisotto family that owns the company, along with the SCARPA North America team, and seeing their passion for developing game-changing products for skiing and mountain sports.

“We’re all product people, we love having the right product, the best thing out there, the most high performance thing we can have,” Davenport said. “So I think that also makes this a great match.”

After beginning his skiing career as a racer, Davenport was a fixture on the freeskiing scene for a decade, winning two Freeskiing World Championships, an X-Games medal, and many Powder Magazine Reader’s Poll Awards. Among his many ski mountaineering achievements, he became the first person to ski all fifty-four of Colorado’s 14,000-foot peaks in less than one year (2007) and recently guided and skied on Mt. Everest. Davenport has numerous first descents of peaks around the globe under his belt, and has been featured in more than 30 ski films by Warren Miller and Matchstick Productions. He is also a TV commentator for ESPN, ABC sports, and Outside Television, and is an Olympic and World Cup announcer for ski racing events. A professional speaker who often lectures on risk management as it relates to business and mountain sports, Davenport is the author of two coffee-table books that celebrate North America’s mountains, Ski The 14ers and Fifty Classic Ski Descents of North America. When not traveling the globe, he resides in Aspen, Colo., with his wife and three boys.