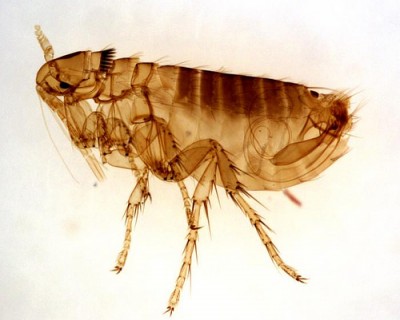 A 7-year-old Colorado girl has mostly recovered from a life threating infection of bubonic plague bacteria. Sierra Downing was camping at Cimarrona Campground near Pagosa Springs, Colorado when, according to the Denver Post, she found a dead and partially eaten squirrel on the ground. In a testament to her good nature, Sierra dug a hole and buried the squirrel, but she took off her hoodie and set in on the ground before she started digging.

Unfortunately, the squirrel had been carrying plague-infected fleas which jumped on to her hoodie after she had set it on the ground. When she put her hoodie back on, Sierra was bitten by the fleas, although she did not notice it at the time.

At first her parents did not suspect anything was wrong with her other than a simple flu, but that changed just five short days after the picnic. She was taken to a doctor after her father watched her have a seizure due to her 107-degree fever. The local doctors did not suspect plague as the cause of her illness, which is not unexpected considering she was the first Colorado case in six years. After consulting with physicians in Denver she was air-lifted to Presbyterian/St. Luke’s Rocky Mountain Hospital for Children.

The plague bacteria were subsequently identified as the cause of her illness, which led to more effective treatment. After almost two weeks Sierra is still recovering in the hospital, but she is expected to be released soon.