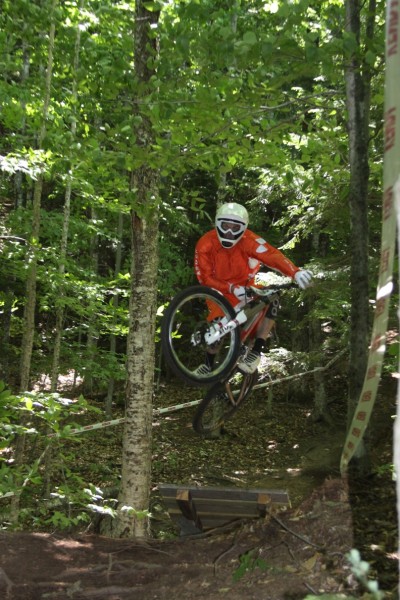 “We are excited to again be hosting the Eastern States Cup New Hampshire Championship on our downhill terrain,” said Attitash Mountain Bike Programs Coordinator Nate Waterhouse. “With a newly built jump feature and finish area within view of our main base lodge, the weekend event will be an exciting race for spectators to watch and a fun weekend for riders.” Attitash has been offering lift-serviced, mountain biking since the late 90’s, but the sport and downhill technology has progressed significantly since then. The POC Eastern States Cup event will feature riders competing in a single run format taking the best times in age and rider level categories. The course will be a mix of descending open trails and single-track sections through the woods onAttitashMountain. Riders will be practicing Saturday, September 15 and racing Sunday, September 16.

Attitash has over 20 miles of mountain bike trails including the more difficult and technically challenging downhill trails and eight cross country trails more suited to all abilities and those just beginning to discover mountain biking as a recreational activity. The mountain bike season at Attitash Mountain Resort remains open weekends only through Columbus Day, October 8. The Dirt Trax Bike Shop, located on the main floor of the Attitash Base Lodge in the South Wing, stocks mountain bike clothing and accessories, as well as a fleet of rental bikes and protective gear. For more information on the POC Eastern States Cup events and to view a preview race course video, visit attitash.com.