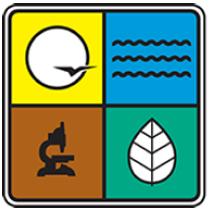 Watkins Mill State Park and Lake of the Ozarks Grand Glaize State Park swimming beaches are closed due to water quality issues according to the Missouri Department of Natural Resources.

Results received today showed continued water quality issues at Watkins Mill State Park beach. Staff at Lake of the Ozarks State Park closed Grand Glaize Beach today when results showed that one of the two water samples taken at the beach failed to meet Missouri State Parks standards. Both beaches are scheduled to close for the recreational season after the Labor Day holiday weekend. Therefore, no additional water samples will be collected from the beaches and they will remain closed for the season. Public Beach #1 at Lake of the Ozarks State Park remains open until Sept. 4.

Higher bacteria levels are often associated with heavy rains that result in runoff from adjacent lands. However, there are a number of possibilities that can contribute to higher bacteria, and chances are no single source is the cause. The sample test results indicate a snap shot of the water quality taken at the beaches at a specific time; however, a single sample does not provide an overall sense of the water quality in the lake where the beach is located.