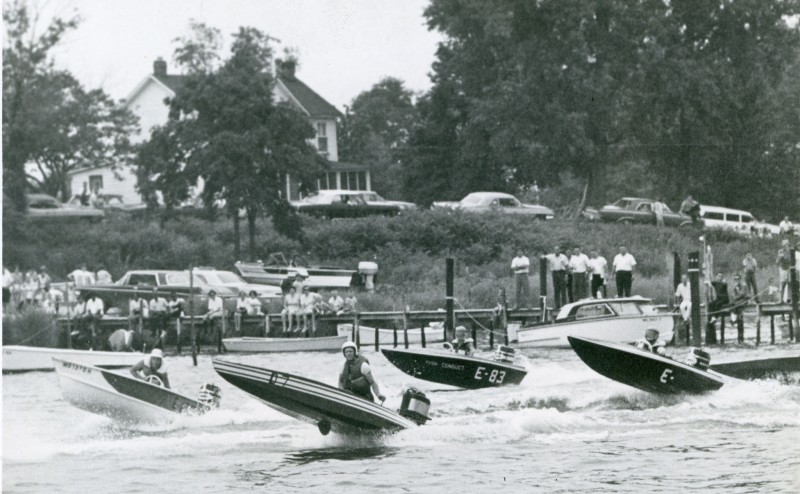 The Calvert Marine Museum is documenting the history of outboard power boat racing for a new exhibit in 2013 and would like to hear from you. Outboard power boat racing was one of the largest and most popular spectator sports in Southern Maryland after World War II.  Thousands of fans flocked to venues like Capt. Sam’s in Bushwood, Abell’s Wharf in Leonardtown, and Swann’s Pier in Piney Point.  Most racers were members of the Southern Maryland Boat Club.

The Calvert Marine Museum is interviewing former racers and gathering photographs and memorabilia for the new exhibit on display in 2013.  A reunion of former racers and family members is planned for June of the same year.  If you have information that you would like to share and can help, please contact Robert Hurry at 410 326-2042 ext. 35 or email at [email protected].