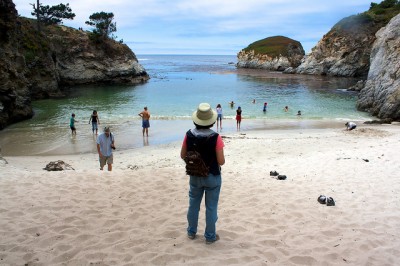 Some patrons of California state parks who donated funds to help keep their favorite outdoors retreats open are asking for their money back after an expensive accounting scandal was uncovered.

For months, California’s state parks have been underwater and facing closure if more funds were not appropriated for daily operations. Department of Parks and Recreation (DPR) officials were soliciting donations to keep some 70 parks open that were slated to close, about one quarter of state parks in their system. Local governments and private persons/organizations donated a significant amount of money to keep the parks open.

A sweeping audit of several state agencies at the beginning of the month revealed an extra $119 million in untapped funds throughout California. Of those funds, $54 million was attributed to the DPR and was hidden in two special funds. Also under scrutiny is an unauthorized program that allows for DPR employees to trade in unused vacation time for more than $271,000 in cash.

“This is a disaster for our efforts to build partnerships and create strategies to support our state parks,” said Assemblyman Jared Huffman (D – San Rafael) to the Los Angeles Times. “There’s only one way to fix it, and that is to act as quickly as possible to restore public trust and confidence.”

This finding has cost DPR Director Ruth Coleman and her chief deputy their jobs.

Officials with Gov. Jerry Brown’s administration said no other agencies were “hiding cash like the parks department.”

A legislative hearing by the Assembly Budget Committee is scheduled for today and the Senate is expected to do its own review next week. Lawmakers are calling for an accelerated independent audit of the DPR.