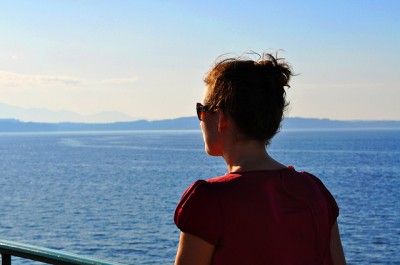 A new study by the Recreational Boating & Fishing Foundation (RBFF) and The Outdoor Foundation reveals fishing is among the most important ‘gateway’ activities that often lead people, especially youth, to pursue other recreation experiences.  And for the first time in several years – fishing gained more participants than it lost – in part due to women taking up the sport.

The study found that fishing remains one of the most popular recreational activities in the country with more and more people trying out the sport every day. According to the 2012 Special Report on Fishing and Boating, fishing added a net total of 800,000 new participants, bringing the total of Americans who fished to 46 million, or 16.2 percent of the population. Females and young children added the most new participants, showing unprecedented interest in this typically male-dominated sport.

“Families are searching to squeeze in quality time with each other whenever and wherever they can. Getting outdoors to fish and boat is a great way to do this,” said Leslie Nagao, RBFF Vice President of Marketing and Communications. “That’s one reason we believe women and younger parents are taking up the sport in growing numbers.”

The fourth annual report provides detailed information on boating and fishing participation by gender, age, ethnicity, income, education and geographic region.  A summary of the findings were highlighted this past weekend in Salt Lake City at the Outdoor Retailer Summer Market, a trade show focusing on the latest innovative outdoor gear and trends in outdoor recreation. Nagao appeared as a an Outdoor Engagement session panelist at the event  where she shared RBFF’s vision to attract new consumer segments – specifically multi-generational families and multi-cultural audiences – in boating and fishing.

“Increased participation leads to increased fishing license sales and boat registration renewals, both key sources for funding state fish and wildlife conservation, and boating infrastructure programs,” added Nagao. “We hope to keep the momentum going so the joys of fishing and boating can be experienced by everyone for generations to come.”

The methodology and full study is available online at RBFF.org.