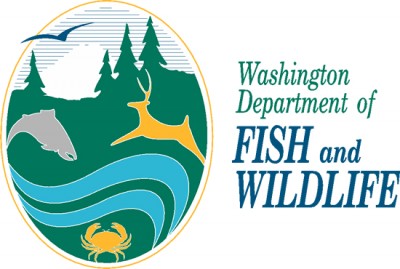 During the recent Seafair celebration in Seattle, enforcement officers with the Washington Department of Fish and Wildlife (WDFW) cited 47 people for “boating under the influence,” fined 46 others for boating violations, and responded to four swamped vessels.

One officer also ticketed a participant for possessing an undersized crab caught in saltwater earlier in the day.

“Our main job at Seafair was to help protect the public’s safety, which is a responsibility we all share,” Cenci said. “Drinking too much alcohol and operating a boat is never a good idea, but it’s especially risking when there are that many people and that many boats.”

For the sixth straight year, WDFW joined with the Coast Guard and the Seattle and Mercer Island police departments to monitor an estimated crowd of 150,000 people at the three-day event. WDFW sent seven officers and four boats to assist in the joint effort, said Cenci, who also spent a day in a patrol boat.

Several weeks ago, the department also sent officers and patrol boats to assist in law enforcement at the hydroplane races in the Tri-Cities.

“We provide assistance where we can to partner police departments, which also help us with our own cases,” he said. “They often don’t have all the boats they need, and we can help with that.”

WDFW’s enforcement program includes 138 commissioned officers, plus 16 non-commissioned staff, deployed throughout the state. While most of their efforts are directed toward protecting the state’s natural resources, WDFW officers frequently encounter many of the same situations faced by other police officers – but in a different environment.

“We are certified police officers, not just game wardens,” Cenci said. “For that reason, it’s important that we continue to maintain strong partnerships with other police departments around the state.”

Logo courtesy of the Washington Department of Fish and Wildlife